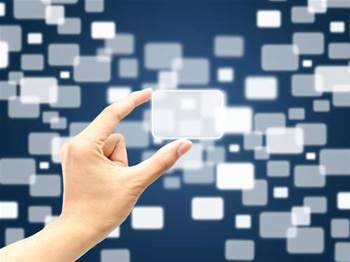 Recruitment firm Hudson has rolled out a virtual desktop environment in Australia and New Zealand to standardise its operating environment and break expensive hardware refresh patterns.

Asia Pacific chief information officer Mark Leigh told iTnews the system - which was two years in the making - would also be rolled out to Singapore and Hong Kong this year and to China in 2013.

Hudson has approximately 700 staff in Australia and New Zealand.

"We're probably in some ways a bit fortunate in that we don't have a complex banking environment or something like that that we need to build into this virtual environment.

"We have an environment that scales well, that suits 90 percent of our employees and therefore this [virtual desktop] solution made sense for us."

Leigh said that porting Microsoft software into the virtual environment had been relatively straightforward but virtualising Hudson's Oracle and PeopleSoft-based finance systems was more challenging.

"What has been an issue is that we have a reasonably old version of Oracle [for] our general ledger that proved challenging to virtualise," he said.

"We haven't successfully virtualised it yet.

"We have two options right now. One is to just maintain [the existing setup] for the finance people who need to use it. That's certainly going to be our short-term solution.

"In the medium term, clearly we're on an older version of Oracle and as a company we're looking to upgrade that. We'll eventually get that upgraded and I'm sure it will be much easier to virtualise."

By and large, Leigh said that going down the desktop virtualisation path had enabled Hudson to standardise its operating environment.

"Before [desktop virtualisation] we would have liked to have thought we had [an SOE] but the reality was there was a lot of challenges in managing [our environment]," he said.

Hudson has an older virtual desktop environment running in its European offices. Leigh said the new ANZ model could potentially be deployed worldwide.

Hudson saw desktop virtualisation as a way to escape the hardware refresh cycle while also achieving other strategic visions for IT.

Leigh said the project started two years ago as Hudson evaluated "what we were going to do with our ageing desktop environment".

"We've held onto our desktops as long as we could. We [also] had a range of old clunky laptops running around the organisation that no one particularly liked anymore.

"Do we just go around this merry-go-round of buying more PCs, putting them on desks for another three to four years and then going through this again?

"Or do we try and achieve some of our other objectives around business continuity, mobility and just a general better working experience for people at the same time?

"That's really when we started evaluating the concepts of virtual desktop."

In addition to using thin client hardware in the office, Hudson has revised how it provides laptops to employees.

Leigh said the company had generally seen demand for company-supplied laptops drop in recent years as "most people have a PC at home".

Shifting to a virtual desktop environment exacerbated the trend.

"As people come onto this solution we're getting much less demand and requests for laptops," Leigh said.

"We even moved to the concept of having pooled laptops, so we're buying a couple per office that we leave at reception and people can borrow them when they travel and need to go visit a client or when they're doing a presentation.

"They're there to borrow but because it's a virtual desktop you don't need to own it anymore. That has been a big win for us."

Virtualisation did not preclude Hudson from evaluating future moves to use software-as-a-service.

Leigh said that the company is a Salesforce.com user and also has the hosted Exchange components of Microsoft's Business Productivity Online Suite (BPOS) deployed in its Asian operations.

"The SaaS model is still very attractive to us," he said.

Read on for how Leigh reconciles his dual roles at Hudson - as Asia Pacific CIO and also the company's chief financial officer for A/NZ.