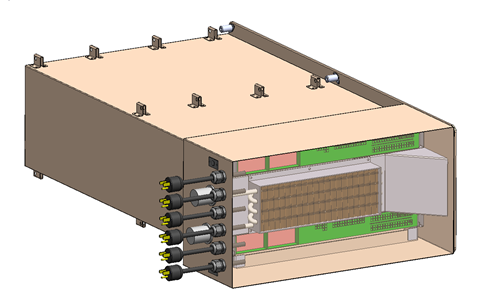 Hewlett-Packard Enterprise and the US National Aeronautics and Space Administration will send a pair of supercomputers into space to see how they cope with high radiation events.

The experiment is being performed in preparation for a Mars mission and will last a year - the same amount of time it takes to travel to the planet.

NASA said it will run compute and data-intensive applications on the computers in changing radiation environments. When there are high radiation events, the power consumption and the operating speeds of the computers will be lowered to assess if they will still work properly in such conditions.

How solar radiation affects the computers while they run will also be monitored, along with power consumption and the practicalities of running and managing off-the-shelf systems in orbit for long periods of time.

Elon Musk's SpaceX CRS-12 reusable rocket has been selected to launch the Dragon Spacecraft that will house the supercomputers.

Apart from a custom watercooled enclosure, the servers use standard hardware with no modifications or ruggedisation. Instead, HPE has developed software that throttles down the computers based on environmental conditions to mitigate against errors induced by high radiation.

They will generate around 5.4 megabytes of uncompressed ASCII text files a day, stored aboard the computer's internal solid state disks, NASA said.

The files can be downloaded with the Ku Band Internet Protocol.