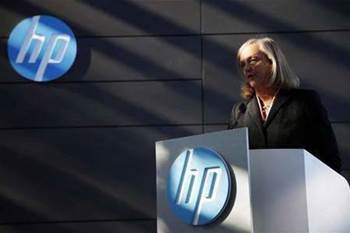 Making business changes but can it innovate?

When HP was removed from the Dow Jones Industrial Average a month ago, CEO Meg Whitman sent an impassioned email to the company's 300,000-plus employees.

"I hope that every HP employee took today's announcement personally," she said in the one-page internal memo on September 10.

Calling HP's departure from the benchmark index it joined in 1997 a "blow to our brand," Whitman said the moved showed many people still harbored doubts about her turnaround plan.

"We need to make every sale," she stressed in the memo, which was seen by Reuters.

Whitman's urgency is easy to understand. Two years into what she has always described as a five-year effort, HP's sales and profits are still sliding and Wall Street is losing patience. The stock has fallen 17 percent in the past three months and is down more than half its value since 2010.

The CEO has sidelined senior executives including PC chief Todd Bradley and enterprise chief Dave Donatelli. Strong new leaders have yet to emerge from the ranks, analysts say.

Though Whitman has vowed to jumpstart innovation, HP Labs — the division that came up with pocket calculators and light-emitting diodes — has been slashed in half over the past two years, part of a company-wide effort to cut costs.

At HP's analyst day on Wednesday (US time), Whitman will give Wall Street an updated picture of 2014. She has already said the company will not grow next year as she once predicted.

Given low expectations, analysts said the stock could get a short-term bump on any glimmer of good news. But in the medium term, HP's prospects rest largely on Whitman's ability to remake the US$28 billion enterprise division that sells hardware, software and services to big companies.

"Its enterprise product portfolio has improved," said Raymond James' Brian Alexander. But the company still lacked "a message that resonates with channel partners and customers, and continues to lose share to Cisco and Dell in servers and EMC or NetApp in storage."

Whitman, who took the helm of HP in 2011 after a failed bid to become governor of California, inherited a company ravaged by board shakeups and executive departures, and a bureaucracy unable to respond quickly enough to changes in the industry.

While HP's massive but stagnant printer division still made money, the personal computer business was contracting as more customers switched to tablets and mobile devices. Like many of its peers from Microsoft to Intel, HP's own mobile computing efforts were too little, too late.

Whitman has said her strategy is to turn HP into a major player in a corporate technology services market now dominated by Oracle, IBM and Cisco Systems.

In August, Whitman installed Bill Veghte, a former Microsoft executive who had been HP's chief operating officer, as head of the Enterprise Group. One insider described Veghte as "a good sales guy" who "knows how to rally the crowd."

Veghte told Reuters his first priority is to slice layers of red tape and overlap that now clutter the sales process, resulting in months of delay in closing deals.

"We need to address our execution challenges with focus and urgency," he said in an email. "And one of my priorities is to ensure we get these brilliant innovations out to market faster."

HP is plagued with disparate systems for managing customers, partners and vendors, with each group in the company running its own sales team. A single customer often has to deal with multiple reps for PCs, printer, software and networking gear.

"Transactional fragmentation" is phrase many HP insiders use to describe the process.

"This is a very big, very complicated sales motion, and frankly we've got to simplify it," Whitman told analysts on a post-results call in August.

Veghte has already made an impression on some of HP's most important customers: the third-party vendors who help package and sell HP products for businesses, and collectively account for 70 percent of the enterprise group's revenue.

Norbert Wojcik, chief executive of American Digital, said Veghte flew to Chicago with about a dozen members of his team to dine with Wojcik last month. American Digital resells HP products to clients with revenues of US$500 million to several billion dollars.

Veghte "listened to us. We had an open discussion. Nothing was taboo," Wojcik said. He said he would like to see a "more traditional account manager approach" from HP for large clients.

Beyond the enterprise group, some investors are concerned about HP's ability to innovate.

HP Labs was down to about 270 people in March, from about 500 two years ago, according to people familiar with the operation. About 90 positions went in March, after Martin Fink — then a senior vice president in charge of Business Critical Systems — was made head of the division and numerous projects were killed.

Some of the 90 went to other divisions, others were laid off or left to join companies such as Google and Apple.

These days there is little talk at HP of game-changing products that might come out of R&D. Projects on mobile computing, 3D displays and roll-to-roll fabrication were among the ones slashed, according to the people familiar with the operation. Mobile devices and consumer technology in general are on the back burner.

But the company says it is now focusing on developing technology in labs that can be commercialised. Some envisioned projects will be critical for telecommunications providers and their customers, thus meeting the future needs of mobile.

These days, executives talk about Whitman's hands-on focus on the corporate customer. After giving a speech at her first sales convention in Las Vegas, she switched to jeans and sneakers from dress and high heels to mingle with customers.

And she is forceful when tackling one of the things she hates most about HP: the dense bureaucracy.

One of her first moves was to break down the walls of the executive office. Her lieutenants now sit in cubicles in a common area.