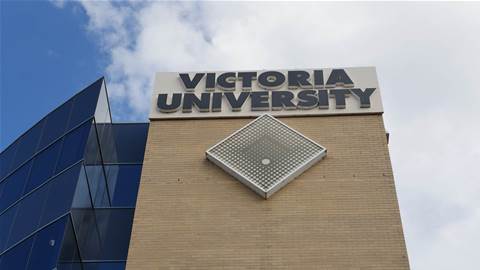 Victoria University (VU) has overhauled its digital learning environments in a bid to support its new ‘Block Model’ of course delivery which shies away from the traditional semester structure used at most other universities.

Instead of having students complete three or four courses in tandem over a 12-week semester (or shorter trimester, as some unis are now adopting), VU is experimenting with running one course at a time in a condensed four-week program.

These courses are then run back-to-back to more closely mimic a traditional semester structure, with the same number of overall contact hours in a week.

Having more focused courses, and removing the chance that assignments will be due for multiple classes at the same time, has resulted in higher pass rates for students, especially for those from non-English speaking backgrounds (up 14 percent) and indigenous backgrounds (up 19 percent).

The successful shake-up of course delivery in the pilot program, which kicked off 18 months ago, was underpinned by a careful approach to student support through the university’s digital learning environments and its Brightspace learning management system (LMS).

Part of that was giving students access to all the information they need to complete the entire course a week before it even begins through Brightspace, rather than drip-feeding readings and other content over 12 weeks.

The Block Model has also seen VU do away with lectures with 300 students attending, and instead focus on smaller classes with 30 to 40 students.

Instead, academics are encouraged to produce videos which they put onto the LMS in advance, giving students more options to get a head start on learning activities.

To bring all of that content together in time for delivery with each course block, Sturmey said the university created “master spaces” on Brightspace within every single unit.

“And if a unit is scheduled for delivery, an empty delivery space is created, the students are enrolled into it, all the content is copied from that master space into the delivery space for that four week period, and then it starts enrollments.

“That's all completely automated, based on input from our course administration system, and from our student management system.”

Victoria University have also used Brightspace’s APIs to pull student grade data and automatically generate reports, speeding up the rate at which students get feedback and enabling the university to quickly see if the new course delivery program was successful.

Sturmey said this has cut down wait times for results from several weeks after final exams are taken at the end of semester to the Monday after the final assessment was due.

Switching to the Block Model and re-examining the student learning environments also presented Victoria University the opportunity to consolidate its ecosystem of support apps into a single “super app”, Sturmey said.

“We had five main apps which were used across the university by students plus another four apps, which were more kind of vendor-related or product related. Some of those were around Brightspace.

“What we found with academics, some academics didn't even know they existed. Others would sort of point students to them, but they only provisioned a certain amount of use for the students.

“So if it was a Brightspace app it was really for looking at their content on the learning management system and it had no other functionality whatsoever.”

One of the apps incorporated into the super app, called VU Scout, was developed entirely by students to gamify the student experience and encourage participation in campus activities.

“So we decided that we were going to take a bit of a radical step and actually invited those students to join on this university-wide project as the developers.

“I think, you know, we tend, as university administrators, to often think that we know what's best for students, but this was really concentrating on what the students wanted and needed, and then getting them to build it within the standard project management operations.”

Using Unity to build the app, the students used API calls from Brightspace and created others to pull all the learning and teaching data they could and present it to the students on one central platform.

“So the students can basically access all of their assessment items, they can see when things are due, there's a calendar of when they've got to have assessments done, they can also access and view all their content.”

It also integrates campus security, parking and wayfinding capabilities, and also logs co-curricular activities on a database to create a record of supplementary learning and development activities.

Thanks to initial buy-in and support from university management, the three-student development team cobbled together a working app within six months.

While the app was only ever envisaged to be a consolidation of other pre-existing tools, Sturmey said the students were keen to incorporate additional functions, including a digital version of the university ID card.

Now when students log onto the app, it has a copy of the card’s barcode and their student ID picture which can be used when borrowing books from the library.

“We're looking at possibly expanding that so that things like printing across the college will be done through the app,” Sturmey added.

“So if they need to have any printing, they just flash their app and the barcode and can get their printing done.

“We're also looking at the possibility of completely getting rid of a standard plastic ID card for a lot of the functionality, because typically students don't treat them very well or lose them or the magnetic strip on them goes pretty quickly.”

Victoria University is also looking at external validation for the digital ID cards, so that students might access discounts or deals without needing a physical card.

The apps’ staff-facing side will also continue to be developed, including an expansion of teaching timetables and Microsoft Outlook integration to include a VU-wide timetable and resource management.