How Queensland Urban Utilities dealt with its workload explosion 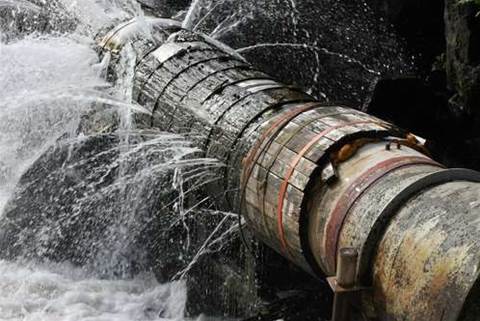 Queensland Urban Utilities has seen the volume of water development applications it needs to process skyrocket from a manageable 400 per year to 6000 since it took over responsibility for approving water and sewerage works from local councils.

To keep up with the increased workload, CIO Nina Meyers and her team recently laid the finishing touches on a new online customer portal that, unlike the previous paper-based process, will allow applications to be lodged outside of office hours.

The portal was made available to customers in September and allows everyone from large property developers to citizens building their first home to lodge requests for approvals for sewerage and water installation through an intuitive web-based system.

“You are able to submit plans, pay your developer and connections charges and get an approval for that development all online. It’s quite revolutionary in the industry in terms of its customer focus and online processes,” said QUU's planning chief Paul Belz.

The first instalment of the new application portal was released internally within QUU in July, supported by a SaaS solution that QUU partner Infor has designed specifically for the public sector and which is hosted in the Amazon Web Services cloud.

“We rolled it out internally first, augmented with a semi paper-based process to test the routines and bed down the system,” Meyers said.

Applications entered into the portal are now also accessible by the QUU’s field service provider, Thiess, which is responsible for the hands on work.

"We used to have people in back rooms dedicated to passing relevant information to Thiess but we’ve been able to redeploy those resources by connecting the system automatically to our service provider,” said Belz.

“The integration with the EDRMS solution was relatively out of the box, but the payment gateway was more tricky, particularly when we penetration tested it for security purposes prior to going live," explained Meyers.

The portal's establishment represents one of QUU's first major achievements since taking over full responsibility for its own IT.

It’s just over a year since QUU completed its ‘lift and shift' split from Brisbane City Council, which used to manage government-owned utility's back office demands.

“We are now at a point where we’ve just refreshed the ICT strategy and roadmap. We are moving towards a more customer-centric model and adapting to legislative changes,” said Meyers.

She admitted that inside QUU cloud had up until now been limited to the “outskirts" of the organisation.

"Our payroll solution is a cloud based offering, but our legacy environment is owned and operated in core areas".

But in the future, she said, "we could potentially see some of our core applications being managed out in the cloud".

Next on the cards is phase three of the SaaS delivery, which will include sophisticated workflow, alerts and escalations for the development services portal and will see configuration and rollout complete by the end of the year.