How Qantas riled up the Kiwis during Rugby World Cup 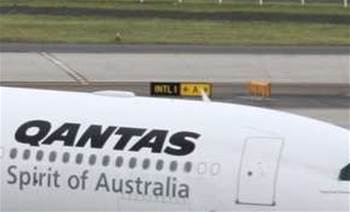 The sporting rivalry between Australia and New Zealand is fierce at the best of times.

Rugby Union supporters are especially one-eyed during the annual Bledisloe Cup Rugby Union clashes, and once every four years for the Rugby World Cup.

As a business with commercial interests on both sides of the Tasman, the last thing you'd want is to take sides.

But that's precisely what Qantas — the major sponsor of the Wallabies — did during Australia's 2011 Rugby World Cup campaign. And its something the airline is making sure it will never do again.

"Qantas are the major sponsor of the Australian team so of course we wanted to put out a lot of messaging around how good the Wallabies were [and] how we were going to win the World Cup," Qantas Airways' manager of digital innovation, Michael Curry, told Salesforce's Dreamforce conference last week.

"We got a call from our New Zealand team who were quite — let's call them upset — about it."

Qantas centrally manages its social media presence — mostly for Facebook and Twitter channels — out of its Sydney headquarters.

Staff presently work 9am to 5pm AEST, though the airline is trialling extended hours and envisages a future "24x7 operation".

Curry is cognisant that the model comes with "dangers of being too Sydney-centric".

The 2011 Rugby World Cup brought to the fore the issue of providing geographically relevant content for social media. Qantas staff inadvertently antagonised Kiwi customers of the airline at a time when trans-Tasman rivalry is at its parochialist peak.

Qantas' sales and marketing team in New Zealand sought to publish its own Facebook page to prevent future incidents, but Qantas refused to decentralise its social media management structure.

"We weren't keen because the Rugby World Cup [only] runs for a couple of weeks," Curry said.

The suggestion did, however, open his eyes to "recognise that we had some issues" to contend with.

He promised Qantas' New Zealand team "the ability to push out targeted information'".

Qantas is now a user of Buddy Media — a content management system for Facebook and other social media channels that Salesforce purchased for US$689 million ($751 million) last year. The software now sits in Salesforce's marketing cloud product.

Through Buddy Media, each region can lodge material they want posted to Qantas' social media sites.

The material isn't set live automatically, but rather is subject to review by the central team in Sydney to ensure consistency of governance, brand messaging and tone, Curry said.

"We are hesitant to give anyone in the company admin rights to [the Qantas corporate] Facebook page, because it's quite easy to get them mixed up," he said.

"We don't want Friday night pictures going up on the Qantas page. By putting in a bit of a workflow we could actually check everything that was starting to go out."