How IT offshoring came back to bite Transport for NSW 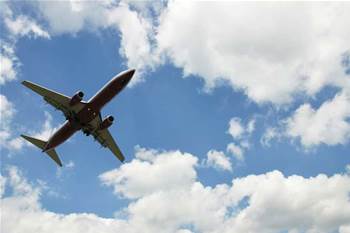 A controversial 2019 decision to offshore 30 percent of work in a major IT transformation has come back to bite Transport for NSW, with a pandemic-induced contractor shortage weighing on the completion of the project.

As revealed by iTnews on Wednesday, TfNSW's business application hosting strategy (BAHS) program outsourced to IT services provider Wipro is facing delays after slow progress with the migration.

Around 130 applications belonging to the former NSW Roads and Maritime Services (now TfNSW’s RDS division) were expected to migrate into a hybrid cloud solution by the end of September, but by April this year only 21 percent of apps had been re-platformed.

It led TfNSW to conclude that the project was "highly likely" to miss its deadline.

It is now targeting a completion date within the next six months, though given the limited progress as at the end of March, there is potential for the goalposts to shift again.

One of the risks facing BAHS is the significant impact of the pandemic on Wipro’s workforce, which was highlighted as major contributor to the project’s declining health in TfNSW’s March progress report.

“There is a risk to a shortage in [redacted] offshore resourcing caused by a second wave of Covid-19 surging through India at the moment,” the report [pdf], obtained by iTnews under the Government Information (Public Access) Act, said.

With 30 percent of Wipro work on the program occurring offshore, TfNSW said this would have a “probable detrimental impact on BAHS program velocity” due to the “unavailability of key staff due to illness”.

In response, Wipro put in place a “limited” business continuity plan, though documents indicate that “some per-person dependencies that cannot be mitigated” would remain, contributing to “critical issues precenting the program from [being delivered by September]”.

A spokesperson for TfNSW declined to answer questions on whether Covid-19 is continuing to place pressure on resourcing" of the project.

Separately, questions have been raised over just how much of the Wipro work is occurring offshore and what controls are in places to ensure that work destined to occur onshore does not bleed offshore.

When the-then RMS approached the market for BAHS, it asked that bidders employ 20 percent of their workers overseas in the first year and 30 percent in the second year and beyond.

It said that doing so would allow it to “access global technology services which complement and strengthen local content and jobs to ensure a flexible, agile and modernised approach supporting business requirements”, while also reducing costs.

But sources with knowledge of the program allege that figure is likely to be much higher, and that there are few controls in place to ensure work is staying onshore, a result of what has been described as “severe mismanagement” on the project.

TfNSW declined to answer questions on how much of the migration is being performed within Australia and what is being done to ensure offshore work is capped at 30 percent.

Wipro told iTnews it “does not comment on specific client engagements”.