How do I: Move my contacts between smartphones 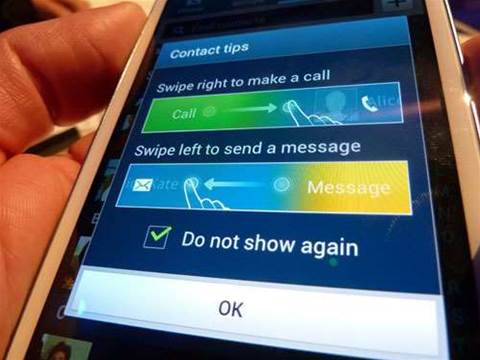 For individuals without access to enterprise address book servers such as Active Directory and LDAP, migrating contacts between phones used to be a hit and miss manual task.

The good news is that with the advent of cloud storage, contact migration has become a great deal simpler than it was in the past.

Mauricio Freitas, who runs the large tech forum Geekzone and who is a former Microsoft Most Valuable Professional, moved his contacts to the cloud a while ago.

"I use Office 365 and all devices that I use automatically sync contacts so that they follow me, if I get for instance a new smartphone," Freitas says.

"Simply add the Exchange account and they [contacts] appear."

To place your contacts from your handset into the cloud, export them as a text file for instance in  Vcard or comma-separated value format. Then, use your cloud provider's import feature to read that file.

The process is usually painless provided the contact data is simple text. Contact photos, comments, distribution lists and similar add-ons may require manual intervention however, depending on how much data your application's export feature allows, and if the import function of the cloud provider recognises the additional fields.

Moving contacts to the cloud also has the advantage of providing access to deduplication features. This is more important than it seems if you have lots of contacts, some of which are the same, and end up being displayed multiple times, often with different information.

Gmail has a merge and find duplicates feature that cleans up your address book in just a few seconds.

Cloud providers such as Microsoft's Outlook.com often let you log into competiting providers such as Google and LinkedIn, and to pull in contacts from these - a very handy feature for consolidating your address books.

One thing to watch out for is how contacts and other information such as calendars are synced between devices and the cloud.

Google, for example, is moving away from Microsoft's Exchange ActiveSync protocol in favour of Apple's CalDAV set of address book semantics. From July this year, consumers won't be able to use the former to access contacts.

Pay attention to upcoming protocol changes and make sure that you export contacts before they're implemented, in case your device is no longer supported by a cloud provider.

Storing contacts on SIMs may seem like a simple solution at first, as all you need to do in theory is insert a card into a new phone and import the data from there.

Contact storage format on SIMs is standardised and should work with any phone, which is another bonus.

However, unlike cloud storage, if you lose the SIM and haven't backed up the contacts, they're gone for good. SIM cards are also fragile, and can stop working if damaged.

Backing up SIM contacts is usually done by copying them over to a computer, or a memory card in a computer. Both of these methods provide limited access and robustness compared to cloud-based contact storage.

It's also worth noting that some phones do not save contacts to SIMs, such as Apple iPhones.

Copyright © iTnews.com.au . All rights reserved.
Tags:
contacts how do i moving smartphones training & development
By Juha Saarinen
May 6 2013
6:25AM