How Dan Murphy's personalisation engine bottles up your preference data 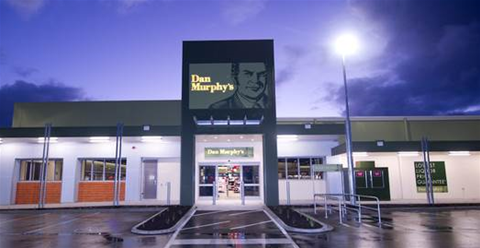 It’s an awkward day when the CEO of Endeavour Drinks – Woolworths' umbrella company for Dan Murphy’s, BWS and Jimmy Brings – contacts the head of data and personalisation wanting to know why he was just downsold $80 on a bottle of wine.

“If people like the CEO were buying $90 bottles of shiraz, why did they receive the same $10 wine promotion as everyone else, essentially downselling them by $80 every time they received an email?”

For Andy Sutton, Endeavour's head of data who received the brusque email, the exchange exemplified why the Woolworths subsidiary set about overhauling how it uses customer data to drive personalisation and marketing campaigns.

Woolies' big barn liquor play has been a mixed bag right from the beginning, especially on the customer loyalty, data and personalisation front.

To be clear, it's no Masters, the flopped challenger to Bunnings (and don't even mention Dick Smith) ; but Woolies is preparing to spin off it's constellation of grog shops, pubs and pokie dens grouped together under the Endeavour brand as it doubles down on groceries.

Soft data hard on the palate

Booze used to be simple, as the BWS brand – that's beer, wine and spirits – connotes.

But times change and so do preferences.

The days of slab and goon price point marketing are gone.Picking the right craft beer is tougher than ever and gin is in, as was noted in analyst calls this year that confessed to overbuying of French bubbles.

At least French ages well, even as an NV, which is more than can be said for most beer.

Put simply, for Dan and his liquid friends, reckoning customer trends has been tough, but now Woolies' big data play is yielding results. After a bit of a struggle.

Dan's, as well as other brands that hook into the Woolies rewards loyalty scheme have been collecting the data, but liquor has been a far harder nut to crack because of the complexity of categories, seasonalities, local preferences and, well, just fashion.

Not to mention the fact that Australians are, compared to world record days, just cutting back a little.

But working the data, especially in terms of nuanced offers pays. There are some segments people just want to buy into, and your favourite tipple at the right price is one of them. Working the data tells you what people like and that's the golden ticket. Or common sense.

Especially when it comes to electronic direct marketing (EDM) and digital communications.

At Woolworths' digital arm, WooliesX, similar data tweaks to digital sales brought in a massive 43 percent surge in sales over a single quarter.

Speaking at Oracle’s Modern Cloud Day in Sydney on Tuesday (just as as the ACCC took aim at Coles' and Woolworths' customer loyalty data lakes), Sutton said spray and pray EDMs like the ones the CEO received only brought in an average of six cents per email.

But over the last four years, Endeavour Drinks has been working to leverage data from its 3.8 million Dan Murphy’s rewards members to reduce spam through more targeted emails.

A large part of that was by more finely tuning its audience segmentation, such as by “distinguishing between premium, mainstream and budget customers,” Sutton said.

“Just by implementing things like a price plans so that you’re selling within a certain range and certain [wine] varietals rather than across the whole spectrum of prices you could offer… it’s a dramatic uplift not just in the response we’re getting, but also in the customer experience.”

It also resulted in less noise in the purchasing data that came after EDMs went live, meaning better recommendations could be made.

“If you’re a customer and you buy a bottle of gin, then previously we would have promoted that to you every time a bottle of gin was on offer, which could be every week.

Now, Endeavour predicts the probability of when people buy certain drinks, so that if someone only buys one bottle of gin a year, they only receive promotions for gin once a year, “kind of on the anniversary of when you buy it”.

Gin was a choice example to use, given the Endeavour Drinks’ parent Woolworths made a point in its interim results earlier in the year of saying its analytics capability had missed the trend away from Champagne and mass-produced beers in favour of boutique gin and craft beer, eating a chunk out of BWS and Dan Murphy’s revenue.

So now the group is paying a lot more attention to the seasonality of its drinks and how it markets them.

“Some of our products are very seasonal - so people tend to buy beer in the summer, they tend to buy wine regularly, red wine in the winter, they tend to spike at Christmas, Father's Day and Easter - and all of those things weren’t taken into consideration when we were building our [original] algorithm,” Sutton conceded.

“So just making a few small changes like that actually had some dramatic impacts in terms of responses.”

In AB testing, each personalised email was worth about 20 cents of revenue, compared to just 6 cents for the undifferentiated emails.

Sutton said that around 80 percent of the 3.9 million rewards members have signed up to receive emails, meaning Endeavour could potentially bring in over $600,000 from a single automated campaign personalised to each member.