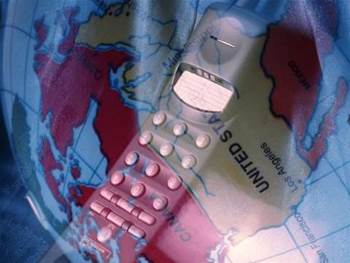 Australians love to travel overseas. We also love our mobile phones. But anyone who's tried to place a call on their mobile while travelling internationally knows how expensive combining those two loves can be.

The Australian Telecommunications Users Group [ATUG] has been lobbying the Government for some time over the issue of international roaming rates, and the Government has sat up and listened.

The House of Representatives Communications Committee is running an enquiry into whether the prices Australian mobile providers charge for international call, SMS and data roaming rates are fair.

According to Rosemary Sinclair, Managing Director of ATUG, it doesn't cost providers significantly more to field calls from their clients while overseas than it does to place calls to international locales.

But this is not reflected in the price. “A 1 minute call to the UK from Australia [generally costs] 70 cents,” she says. “1 minute from the UK to Australia when roaming [costs] $3.29.”

But this disparity is nothing compared to the differing data charges. Although it again doesn't cost providers significantly more to provide international roamers mobile internet access, Sinclair says, the price for end-users is wildly inflated.

“Data rates are $20 per MB while roaming - pretty much across the board - compared to excess charges at home of around five cents per MB.”

ATUG believes telecommunications providers will not lower their roaming rates without regulatory pressure, and so it is encouraging the public to get involved with the enquiry.

ATUG is running public forums across Australia, where mobile end-users will be encouraged to share their experiences with roaming rates.

A list of these events can be viewed here.

The organisation is also operating a blog so consumers who are unable or unwilling to attend the forums will still be able to share their stories.

The input ATUG receives will be submitted to the House of Representatives enquiry.

Communications regulators in Europe, India and several African and Arab League countries have already began to address the problem.

Under the regulation, European mobile providers must provide EU residents with roaming rates of around 49 Euro cents per minute, but may still charge non-EU residents at the higher rate.

Sinclair says she would like to see regulation introduced in Australia providing at least parity with the EU mandates.

And she suggests the proposed regulations should be enforced by the Australian Competition and Consumer Commission [ACCC].

“The ACCC will have to monitor websites and customer bills, unfortunately,” she says.

The deadline for submissions to the House of Representatives enquiry is August 15.