Home Affairs wants one portable biometric scanner to rule them all 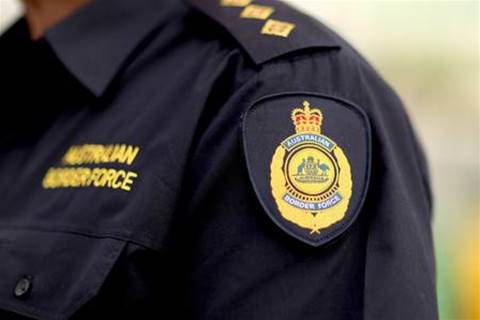 Australian Border Force (ABF) officers are set to receive a fleet of new portable and handheld biometric devices capable of both collecting and verifying fingerprints and facial images.

The Department of Home Affairs approached technology vendors for a “portable and handheld biometric collection capability” to replace its assortment of existing solutions.

Existing handheld solutions are used by roaming ABF officers in airports, while other portable and desk-mounted devices are located at seaports and overseas refugee camps.

“There are a number of existing solutions used within the department and the Australian Border Force for the collection of biometrics and enrolment and verification,” Home Affairs said.

“Generally, each capability is constrained in its functionality e.g. it is limited to either enrolment or verification.”

Apple iPhones with portable fingerprint scanners is one such solution used by frontline officers to check the identities of overseas travellers of interest at airports.

The devices, which have been used since 2017, verify fingerprints against immigration and law enforcement records in near real-time.

Laptops and scanners mounted on mobile trolleys are another portable solution used by officers to enrol both fingerprints and facial images in both an online or offline mode.

But as these solutions reach end-of-life, the department is now looking for a “flexible” single device that officers can use to enrol and verify biometrics with an in-house Windows-based application.

“A new Windows-based web-application for biometric enrolments is being developed which presents an opportunity to combine the existing mobile capabilities into one new hardware platform,” it said.

“This will provide both enrolment and verification within one device”.

According to the request for information, Home Affairs is after up to 200 devices with an in-built camera that can be used in both an online and offline environment, like its existing solutions.

The devices will also need to integrate with its existing identity and biometric systems, as well as have the ability to “incorporate a passport reader”.

“A new capability also aims to reduce the number of systems that ABF and the department’s officers need to use for biometric enrolment and verification,” Home Affairs said.

The department plans to begin testing possible devices from June 2020.