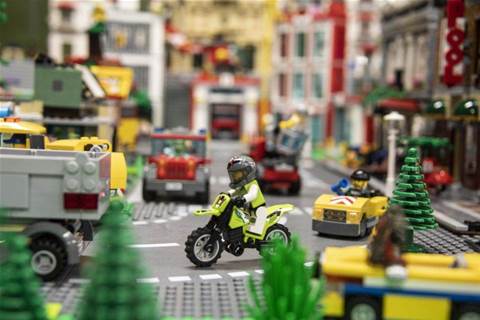 Cyber security experts from the federal government’s law enforcement agencies have overcome their public and private sectors counterparts to take out the top prize in Canberra’s second cyber war games.

The law enforcement group – made up of participants from the Department of Home Affairs and the Australian Criminal Intelligence Commission – topped the three-day contest last week.

They were one of six teams that took part in this year’s shootout, codenamed ‘Operation Shell Breaker’, which for the first time included talent from some of Australia’s largest private sector organisations.

The teams took turns attacking and defending critical infrastructure networks on the same Lego smart city that was the centre of last year’s event such as power and water supplies.

But it was Home Affairs who ruled the day, coming in ahead of the five other teams, including last year's winners DHS.

This is quite unlike last year's event, where the results mimicked the findings of a cyber resilience audit of three biggest government agencies.

At that point only DHS was found as compliant with all four of the Australian Signals Directorate's top four threat mitigation strategies, but it has since been joined by the ATO.

Only Home Affairs remains non-compliant with the four mandatory minimum cyber security requirements, though it now has all but one of the strategies in place.

DHS chief information security officer Narelle Devine said the event was “an opportunity for cyber specialists to broaden their skillset, their relationship network and share their cyber skills” as risks continue to evolve.

“It helps facilitate a connected cyber security community,” she said.

“The value of hosting players from government and the private sector can’t be underestimated and can only enhance our country’s cyber defence as a whole.”

DHS acting chief information officer Charles McHardie also noted the ability to develop "new comradery" between what are vastly different organisations was the "real victory" of the event.

Corporates were invited into the tent this year for a more realistic reflection of how the government would look to respond in the event of major cyber attack.