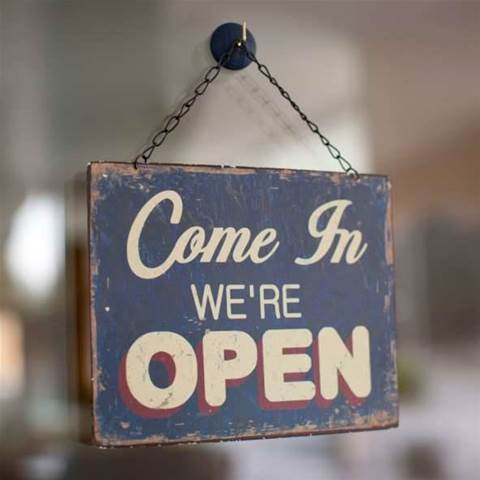 Draws the line at six renewals over 14 years.

Australia’s Department of Health has gone to market for a new IT outsourcing partnership for the first time in 14 years, after first signing a $350 million, five-year agreement with long-running partner IBM in 2000.

The federal agency has renewed its contract with IBM for the provision of IT infrastructure and support services six times over the last 14 years, with the last extension awarded in 2010 for $109 million.

IBM has reaped well over half a billion dollars from the partnership in that time.

In tender documents released late on Friday, the Health department publically invited offers from the industry to take over IT infrastructure and support services for the agency.

The department signalled a desire for a “new approach” to the provision of the services, which would focus on outcomes and cut down on costs associated with the traditional delivery of IT outsourcing.

It specified wanting to offer more flexibility to the supplier in how the services are delivered; a focus on meeting objectives and tying payments to the delivery of the outcomes rather than cost of inputs; and management and identification of risks in a way that “does not create unreasonable premium pricing”.

“Health's current arrangement with its primary ICT service provider is based upon a conventional ICT outsourcing arrangement.

“Health wishes to explore opportunities with potential tenderers in order to benefit from different IT outsourcing service models, new technologies and contemporary IT best practices and new market capabilities.”

The department also wants the chosen service provider to advise and engage with Health on IT strategy and governance arrangements, as well as contribute to technical innovation and best practice within the agency.

It expects to spend the next ten months consulting with prospective suppliers before awarding a contract in late March 2015.

The contract is likely to run for five years with a possible further five year extension.

As part of its last four-year, $109 million IBM contract extension, Health upgraded its mainframe software, storage, and IPV6 networking; embarked on a security compliance drive; and facilitated a move to virtual desktops.

The Health department serves around 3283 end users with IT services, which is made up of 285 notebook users, 100 physical desktops, 825 mobile voice and data services, 251 remote access users, and around 3032 users with thin clients, monitors and VoiP.

Its IT environment is a predominantly Microsoft shop, using VMware for desktop and server virtualisation, Linux application servers, SAP for HR and finance modules and Lotus Notes for email - which it is currently migrating to Outlook.

Health is also attempting to decommission its IBM mainframe, owing to an increasing reliance on midrange platforms. That project will likely be completed by the end of the year.

The service desk currently operated by IBM is the first point of contact for Health staff experiencing issues with IT infrastructure, video conferencing, IP telephony, and most of Health’s applications. It operates 24/7 and in January this year received just under 6000 calls and 2340 emails for help.

Health is also currently embarking on a wide-scale “collaboration and productivity program” (COPP) which is designed to modernise the agency’s IT environment.

It will migrate its Lotus Notes to Outlook 2010; refresh its business intelligence platform by building and configuring new SAP apps running in virtual machines; and implement SharePoint to simplify its desktop productivity suite.