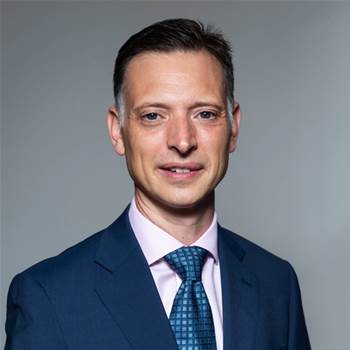 Perez will take up the newly-created role at the ASX-listed funeral home and crematoria operator in July after more than two years at HammondCare.

It is understood InvoCare has been without a dedicated CIO since former tech chief Andy Luiskandl left the company in July 2016.

The company does, however, have a head of IT in David Sinclair, who will now assume a new role of head of infrastructure.

Perez told iTnews he made the decision to leave HammondCare after driving a large-scale IT transformation across the not-for-profit’s infrastructure and applications landscape.

At the same time, he oversaw the rapid introduction of a 24/7 IT support delivery model for frontline staff.

“I feel privileged to lead a fantastic and very talented IT team supported by a seasoned and engaged executive group,” he said.

“I have enjoyed every minute of it however staying in your comfort zone is not something that sits well with me.”

He has also worked in various senior IT director roles at Energizer, 21st Century Fox, the Clorox Company and SC Johnston during his more than 20 years career.

“I am very excited to be soon joining InvoCare at this time and together with the team look forward to helping make a real difference supporting the business strategy,” Perez added.

The platform, which was originally planned for 2019, will replace an assortment of systems including Salesforce and Epicor across its brands, which include White Lady and Simplicity.

In February, the company said the Oracle ERP had now been rolled out to its Australian and New Zealand funeral businesses, but not memorial parks.

The ramp-up saw IT capex costs climb 30 percent higher in 2020 compared with the previous financial year, from $10.7 million to $16.2 million.