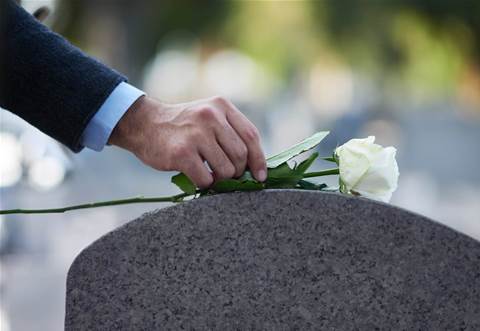 As annual IT costs spike another 20 percent thanks to rollout.

Australia’s funeral behemoth InvoCare has finally neared the end of its Oracle enterprise resource platform (ERP) rollout, even as costs once again rise in the drawn out project.

In the company’s full-year results for the 2019 calendar year, Invocare revealed its technology costs had increased 20.1 percent to $11.28 million over the previous year, reflecting the cloud-licensing costs associated with the ERP rollout.

The ‘Compass’ project to replace the hodgepodge of ERPs including Salesforce and Epicor had been completed across “99 percent” of the InvoCare’s funeral locations, as well as to the corporate functions including human resources, payroll and finance.

Despite prompting this year’s bump in tech expenditure (and prior increases of almost 500 percent), Compass is expected to deliver efficiencies and improvements to customer service across InvoCare's brands which include White Lady Funerals, Simplicity, and Value Cremations.

“It should be noted that as with most new business system implementations of this scale, the project has not been without its challenges,” the company said in its annual financial report.

One of the positives mentioned in the report is the new ERP comes with customer relationship management capabilities that will help “avoid repetitious paperwork for the [funeral] arranger and ensure that we are able to quickly and efficiently amend the arrangement,” allowing them to spend less time on paperwork and more time with client families.

And there sure are a lot of client families.

Listed as the top pillar of growth for the business, deaths rose by 2.9 percent in InvoCare’s ledgers compared to a 3.3 percent drop in 2018 that was attributed to a milder winter and pesky effective flu vaccine.

InvoCare record strong performance from the 106 renovated ‘locations’ (funeral homes, crematoria, memorial parks and gardens) from its Protect & Grow strategy, in which the Compass ERP rollout was included.

Overall business performance more than made up for the growth in technology costs, with the net profit after tax up 54.6 percent to $63.8 million based on sales revenues of $494.1 million.

At the end of trading on Wednesday InvoCare’s share price had risen to 13.6 percent to $14.48.