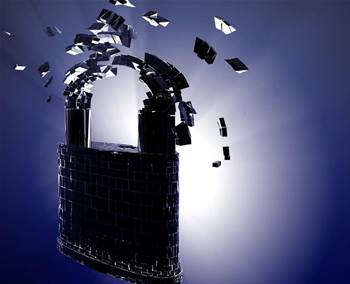 Sophisticated attack thought to be state-sponsored.

Hackers have broken into the systems of a web authentication firm in Europe, issuing false certificates that forced Google, Microsoft and Mozilla to issue emergency browser patches.

The March 15 attack on a "trusted partner" of secure socket layer (SSL) certificate issuer Comodo sent shockwaves through the web industry after Comodo suggested that it may have been the work of a "government attempting surveillance of Internet use by dissident groups".

"The attack and the suspected motivation require urgent attention of the entire security field," Comodo said in a blog post.

Nine fake SSL certificates that were issued using the compromised systems had been revoked by Comodo within "hours" of the attack being detected.

The certificates were issued for domains owned by Google, Yahoo, Skype, Mozilla and Microsoft Live.

Google appeared to be first among those firms to issue a fix to automatically block the fake certificates from being used with Chrome.

"This release blacklists a small number of HTTPS certificates," Google said in a short release statement.

Mozilla this week updated Firefox versions 4.0, 3.6, and 3.5, and Microsoft issued its own "mitigation update" a day later.

"One of the [fake] certificates potentially affects Windows Live ID users via login.live.com," Microsoft said in a security advisory.

"These certificates may be used to spoof content, perform phishing attacks, or perform man-in-the-middle attacks against end users. We are unaware of any active attacks."

Comodo said that "at no time were any [of its] root keys, intermediate [certificate authorities] or secure hardware compromised."

"An attacker obtained the username and password of a Comodo Trusted Partner in Southern Europe," Comodo said.

Comodo said the attacker was "still using the account when the breach was identified and the account suspended".

"They may have intended to target additional domains had they had the opportunity," the company said.

Comodo said the attack appeared to have originated from within Iran but noted that could be just an attempt by the hackers "to lay a false trail".

However, in a post-incident report, the company indicated a belief that the attack was very likely "state-driven", given its relative sophistication.

The hack has already become known as #comodogate on popular microblogging site Twitter.