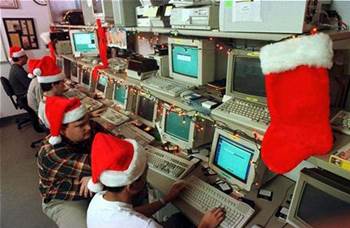 Indian hacking group 'Lords of Dharmaraja' has released more than 13,000 files from a 2006 version of Norton Utilities in support of a proposed class-action lawsuit against Symantec last Tuesday.

Washington state resident James Gross claimed that Symantec sought to convince customers to buy Norton Utilities and PC Tools software by scaring them with misleading information about the health of their computers.

Symantec said those claims were without merit.

But on Friday, Lords of Dharmaraja member 'Yama Tough' posted a link to the Norton Utilities code on Twitter, with the message: "Pass it on to forensics and win the lawsuit."

It was not immediately clear how the source code might help the case. One of the attorneys working with Gross said that he did not welcome assistance from the Indian hackers.

"This is not something we think is necessary to support our case and we don't support hacking," said Jay Edelson, an attorney with Edelson McGuire.

"We are not a rogue nation where the only hope is for people to take matters in their own hands."

Antivirus source code to be released

Symantec previously confirmed that the same group of hackers had accessed the source code of some of its anti-virus software.

On Saturday, Yama Tough said he would release the full source code for Symantec's flagship Norton Antivirus software this week.

In the past week, Yama Tough has released fragments of source code from Symantec products along with a cache of emails. All the data was taken from Indian government servers, the hacker said.