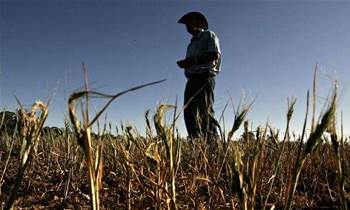 GrainCorp is reducing the risk for Australian growers being left out-of-pocket when brokering the sale of their grain by introducing a Secured Payment process to its CropConnect digital marketplace.

The Secured Payments option was launched in May last year for farmers warehousing grain at GrainCorp sites.

Before it existed, grain suppliers and buyers congregated via CropConnect but it was simply a “match-making service” connecting the two parties.

The actual transaction needed to be settled outside of the platform, saddling growers with risk if and when a buyer didn’t pay within the advertised terms.

However, this outcome could have been avoided - and no grain titles would have exchanged hands prior to payment being made - with the new Secured Payment process integrated into CropConnect, according to GrainCorp.

“This feature gives growers peace of mind that they have guarantee of payment or return of their grain title, before they enter the transaction.”

GrainCorp also stood to gain from the capability to securely pay for grain through its marketplace.

Like many industries, the grain industry is highly contested with a combination of corporate, independent and sole traders.

The company faced competition from smaller operators with low overheads and that could heavily discount their services when handling, storing and transporting grain.

Faced with the prospect of margin and market share erosion, GrainCorp committed to change and performed a detailed market analysis, uncovering the need for and appetite of sellers “for greater payment security and shorter payment terms”.

This provided a clear business case for the creation of the settlement platform.

To facilitate Secured Payments, a settlements engine was introduced into the CropConnect platform.

It was “an extremely complex project and represented a fundamental change in the way the business and industry as a whole operated and therefore required input and collaboration from nine internal GrainCorp teams and departments including: Stocks, Grower-Services, Buyer services, Grains Finance, Shared-Services, Treasury, Grains-IT, Trading and Legal,” according to digital services company Tigerspike, which partnered with GrainCorp to perform the work.

“The settlements project incorporated significant development work across the SAP backend, the middleware layer and the frontend [of CropConnect].”

Work was performed iteratively using an Agile approach, which Tigerspike said enabled the delivery team “to pivot and make changes to the design of settlements within CropConnect, which was essential to allow us to adapt to changes within the marketplace and updates to various regulations and policy.”

GrainCorp is anticipating an increased quantity of grain trades being performed through the CropConnect platform as a result of the introduction of Secured Payments.

On its first day with Secured Payment as an option, 325 tonnes of grain was traded. This grew to 808 tonnes by the end of the first week.

Secured Payments is also a new revenue stream for GrainCorp, which charges a transaction fee to use the service.

The service is only open to “approved buyers”. To qualify, they are subject to credit checks and the setting of a trade limit.

This project is a finalist in the Industrial and Primary Production category of the iTnews Benchmark Awards 2020.