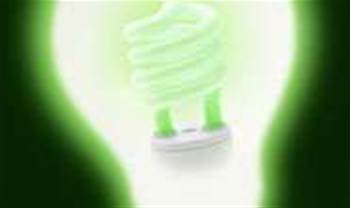 Australia's first national energy rating system for data centres and associated plant and IT equipment has been unveiled.

The release of three rating tools marks a key milestone in the extension of the National Australian Built Environment Rating System (NABERS) — previously used only to measure the energy efficiency of office buildings — to server rooms and data centre facilities.

The NSW Office of Environment and Heritage managed the creation of the rating tools on behalf of Federal, State and Territory governments. It remains the lead administrator for the scheme.

NSW Environment Minister Robyn Parker said the release of the tools was a "world first", providing data centre customers and operators alike a change to benchmark their energy use.

Three rating tools are available. Facility tenants can use one tool to benchmark just the IT equipment in the facility.

Another tool looks only at the power usage effectiveness (PUE) of the building services and plant. A third rating tool covers the "whole facility", consisting of IT and plant inputs combined.

"We have worked closely with the Australian data centre industry and consulted with international counterparts to ensure that the rating tools are best practice for this sector," Minister Parker said.

All three tools are to be demonstrated at the 2013 Australian Data Centre Strategy Summit on the Gold Coast next week.

The NSW Government itself plans to be a beneficiary of the rating system. The state is in the midst of a data centre consolidation to two Metronode facilities that, once operational, will be rated with the NABERS tools.

Though it is possible to use the ratings tools for self-assessment, use of a third-party assessor is required for the rating to be officially recognised.

The rating calculator for self-assessment is available here.

Use of the NABERS rating scheme for data centres isn't mandatory, and calculations don't count towards the wider energy rating of the office building that the data centre may be housed in, although this is expected to change by about 2015.