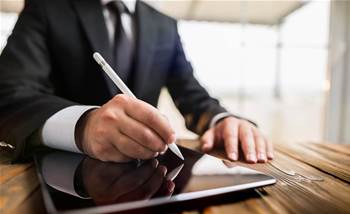 Legislation allowing listed companies to conduct online-only shareholder meetings and sign documents electronically on a permanent basis could result in savings of up to $4.42 billion over ten years.

An exposure draft of the legislation, released by the government on Friday, seeks to make measures introduced to allow companies to conduct virtual meetings at the height of the pandemic permanent.

The measures – which also permitted companies to sigh documents electronically – officially expired in March after the government failed to pass legislation in time to continue the temporary relief.

The Australian Securities and Investments Commission (ASIC) was subsequently forced to turn a blind eye to virtual meetings, though electronic signatures are excluded from this 'no-action' position'.

Under the draft legislation, listed companies would be able to “execute documents electronically”, meaning persons may sign the document or witness the “fixing of the seal” electronically.

The government has written into the laws that it will take a “technology neutral approach” to ensure that any “digital platforms and new technologies that may emerge in the future” can be used.

The legislation will also allow companies to hold physical and hybrid meetings, with “wholly virtual meetings” also to be permitted if written into a company’s constitution (either before or after the reforms take place).

Companies will, however, be expected to give “give members a reasonable opportunity to participate” by using reasonable technology and holding meetings at a reasonable time and place.

Any documents relating to meetings, regardless of whether the meeting was conducted virtually, in-person or in hybrid form, will be permitted to be “given electronically and signed electronically”.

The government has estimated that the regulatory changes will save between $404 million and $442 million on average per year over 10 years.

Around $20 million of this is expected to flow from sending meeting-related materials electronically, with the remaining gains the result of electronic document execution.

Consultation on the legislation will close July 16.