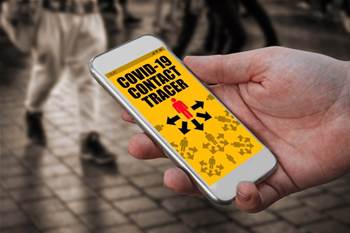 The Government has committed to releasing the source code and privacy impact assessment for its forthcoming ‘COVID trace’ contact tracing app.

Minister for Government Services, Stuart Robert, said Saturday afternoon that the app “simply digitises a manual process” and will be “available in the next week or two for Australians to use”.

“Right now a privacy impact assessment is being conducted, the Privacy Commissioner is involved, and all of that will be made public,” Robert said.

“The source code will [also] be made public so every university, every tech company, any conspiracist can pull apart the code and see that we're only collecting exactly what we say we're collecting.

"Everyone has the opportunity to either review the code themselves if they're that way inclined, or any number of universities or research houses will pull it apart and that'll be made available, probably upon their websites and I hope they do.

“So there'll be absolutely an utterly transparent [process].”

Robert said he expected to have the completed privacy impact assessment as early as "mid this week".

Robert also said point blank that “no one will be forced to use” the app, and that its use would be “absolutely voluntary”.

That followed a similar assurance on Saturday morning from the Prime Minister Scott Morrison that the app would “not be mandatory” - comments made necessary when Morrison didn’t rule out trying to force the app onto people in an interview a day earlier.

Robert believed Australians would download and use the app in exchange for an easing of restrictions.

“I think Australians will want to get back to the park,” he said.

“And to do that, we have got to lean in to do effective tracing fast, and that's the beauty of the app.”

He also indicated there was an element of civic duty to the Government’s thought process on take-up.

“It is a big Team Australia moment,” he said.

“When this app is released in the next week or two, we really need every Australian to download it and to run it, so that if indeed, your family, you come in contact with someone with the virus, you can rest assured that health officials will rapidly contact you and seek to provide the best care possible to you.”

Robert said the Government is also banking on everyone having a capable device.

“Everyone's got a phone - over 90 percent of Australians,” he said.

“We all use a range of apps to cover everything from how fast we ride our bicycle to how far we're running to what we're doing in the gym.

“This is simply one more application, but with a really important aspect.”

Robert repeated that the Australian Signals Directorate (ASD) and the Australian Cyber Security Centre (ACSC) “are involved in the security checking of the app”.

In addition, he said, the Government had “invited in the Cyber Security Cooperative Research Centre as a wider industry partner to be involved in looking at the [source] code” of the app.

Robert sought to assure users that the app would be relatively lightweight and not a significant drain on device battery, likening it to any other app a user might have running in the background on their phone.

“Unbeknownst to you right now you've got 30 apps on your phone because you haven't closed them down, and they're all using Bluetooth and all polling and we're making sure in terms of design of the code that [it] is not a heavy draw on Bluetooth on the phone,” he said.

There has been debate in recent days around whether the app would need to constantly run in the foreground in order to be effective. The Minister’s comments appeared to indicate this would not be the case for ‘COVID trace’.

Robert also said that a “national data store” would be created to enable the app to function but pledged to tear it down once “the pandemic is done”.

“Let's say, I've got the app downloaded and I test positive to the virus. I literally click ‘I've tested positive’,” he said.

“The last 21 days of people I may have come in contact with, so for 15 minutes in 1.5m proximity, goes up to a national health data store.

“At no point does the Commonwealth get the data at all, and when the pandemic is done I [the user] delete the app and all data from my phone.

“And then I, the Minister, will blow away the national data store, and therefore no data will be kept for individual citizens.”