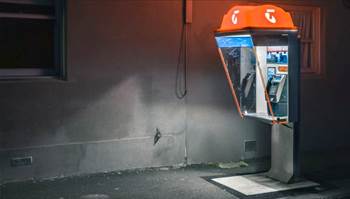 After the NBN rollout is complete.

The federal government will ditch the national universal service obligation (USO) for voice-based telecommunications services after the NBN rollout is complete in 2020 in favour of a market-based arrangement.

It today published its response to a June Productivity Commission report into the USO that recommended the “anachronistic and costly” contract be scrapped in favour of “targeted policy responses".

The commission had said the combination of the NBN and mobile network coverage meant “more than 99 percent” of premises would have access to affordable voice and broadband services once the NBN was complete. It argued this negated the need for the USO in its current form.

The Australian National Audit Office was similarly scathing of the USO arrangement in a recent audit report, arguing it did not represent value for money.

The Turnbull government today said it agreed with these characterisations and would work to implement a new universal service guarantee (USG) that would kick in sometime after the NBN rollout is complete in 2020.

A USG would provide all Australian premises acess to voice and broadband "delivered on a commercial basis by the market in the first instance".

"Targeted government measures" would be developed in areas where the market failed, and communities with no mobile coverage or others with specific needs would be guaranteed "payphones or equivalent community voice services".

The government said it would look at how to provide voice services for areas in the NBN satellite footprint, which is designed for broadband, not voice.

The changes will mean the loss of a lucrative deal for Telstra, which has long been contracted to provide “standard telephone services and payphones accessible to all people in Australia on an equitable basis" under the USO.

Its current contract runs to 2032 and is worth about $297 million annually.

The government said it would "engage with Telstra regarding the provision of the existing USO services" as it works through the new USG arrangements. It said it would also look at whether Telstra could reduce the number of existing payphones it operates under the USO in the interim.

The ANAO had warned in September that the government lacked a mechanism in its Telstra USO contract to "effectively manage financial risks" should it decide to end the agreement early.

The government did not directly address how it would handle the Telstra contract.

It said the new USG would be more cost effective than the current USO arrangement.

"Changing consumer preferences and the rapid evolution of technology means that the mechanisms used to deliver these services are increasingly outdated," the government said in its response to the Productivity Commission report today.

But before any changes are implemented, broadband and voice services will need to be available to 100 percent of Australian premises "on request", the government said.

This means the NBN rollout will need to be complete, and legislation currently before parliament that would see NBN Co become the default statutory infrastructure provider (SIP) for all of Australia would need to pass.

The SIP framework will obligate NBN Co - or other carriers the government decides to declare a SIP - to make sure every premises in Australia has access to telecommunications infrastructure.

The government said it was working out cost and delivery options for a USG, indicating it could redirect the $100 million it pays to Telstra for the USO annually into the new arrangement (the remainder of the Telstra USO revenue comes from an industry levy).

While Telstra said it was "open" to working with the government on reform to the USO, it claimed there were more than 600,000 premises where it would not viable on a commercial basis to deliver communications services.

"Through the reform process, protecting the interests of these customers will be at the forefront of Telstra’s considerations," a spokesperson said.

"We believe that it is critically important that everyone has access to essential telephone services, and this is a significant obligation."

The telco said would consider "redirecting our USO contribution into our ongoing network investment to improve services in regional Australia".