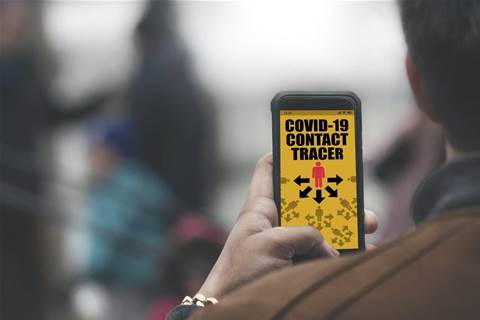 Government Services minister Stuart Robert used a media blitz to foreshadow that new laws could be introduced to give Australians peace of mind when downloading the forthcoming ‘COVID trace’ contact tracing app, as fears continue to dog the project.

In what appears to be a concession to a conservative right flank revolt within the Coalition, including firebrand former Nationals leader Barnaby Joyce, Robert let slip that specific laws relating to the tracing app could yet go before the parliament.

The apparent concession to parliamentary scrutiny follows a frosty reception to the app from many parts of the community, including from the Law Council of Australia and other privacy experts who argue that the app's privacy settings will need careful scrutiny.

Of particular concern is how the app will coexist with current surveillance and privacy laws, and whether it could be extended to other purposes in the future.

“The intent is [the app] will only be available for health authorities, not for any other purpose,” Robert told Sky News’ AM Agenda on Monday.

“Not if we seek to legislate or seek to regulate that intention, and those discussions are ongoing now to give Australians absolute certainty that this data will only be used for health purposes to protect citizens,” Robert said.

Less clear is whether any forthcoming legislation would delay the broader public release of the tracing app or just draw a line under secondary uses of the data.

Throughout Monday, Robert struggled to explain both the efficacy and functionality of the tracing app, including to the ABC's respected Radio National mornings host Fran Kelly who raised the reasonable possibility it may not detect transmissions that occured in less than 15 minutes.

The app, which uses Bluetooth to identify when two people with the app installed come with one-and-a-half metres of one another for 15 minutes or more, will help expedite the contact tracing process.

Robert has already pledged that the government will release the source code and privacy impact assessment for the proposed app.

The privacy impact assessment is expected to be completed “mid this week”, with the Australian Signals Directorate (ASD) and the Australian Cyber Security Centre (ACSC) currently vetting the source code behind the app.

However, the government and has given mixed signals about whether the app will be purely voluntary or potentially mandated should wider take-up fail to gain traction to around 40 percent of the population.

Internal ructions over people being potentially compelled to carry the app flared into the open over the weekend after Prime Minister Scott Morrison was prompted to issue a weekend tweet to allay fears.

The App we are working on to help our health workers trace people who have been in contact with coronavirus will not be mandatory.

Much less clear is how, or even if, the government could, in practical terms, compel people to download the app.

One major issue would be whether major platforms Apple and Google make mandatory software available from their authorised app stores, especially when they are running their own tracing programs that the government has already rejected as an option.