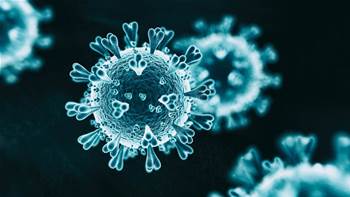 The federal government will spend millions standing up tracking and monitoring systems for its planned Covid vaccination program slated to begin in March.

In its 2020-21 mid-year economic and fiscal outlook (MYEFO) [pdf], the government has earmarked a total of $75 million over the next two years to support the immunisation.

While it has not broken out the funding, at least a portion of this will be spent on “tracking and monitoring systems”.

Health Minister Greg Hunt said that $40 million will be used to "streamline processes" for the "approval and distribution, so the clinical information can be assessed in real time"

Funding will also be used for a national communication campaign, program administration and to continue work on clinical guidance by the Covid-19 clinical evidence taskforce.

It will be shared by the Department of Health, Services Australia and the Australian Digital Health Agency.

A further $6 million will also be spent on supporting the “mandatory reporting of all vaccines to the Australian Immunisation Register” over the next two years.

As iTnews reported on Thursday, the government has already engaged software and data specialists to set up systems to manage and track the logistics of its vaccination program.

Elsewhere in MYEFO, Geoscience Australia will receive $78.7 million, as well as $180.9 million over 11 years from 2024-25, to progress the satellite-based augmentation system (SBAS).

SBAS is a GPS augmentation project that will boost satellite positioning capability from the currently five to 10 metres to around 10 centimetres in Australia and its maritime zones.

The funding, which builds on the $161 million set aside in 2018, will cover “refinements to the project”, including engagement with industry on technical requirements.

A number of trials of technology have already taken place, including with automated vehicles in Victoria and precise plane guidance into regional airports.

The AEC is planning to deploy a new postal vote data capture solution in preparation for the next federal election in either 2021 or 2022 to operate at “100 percent of polling places”.

Funding will also go towards the development of a secure tool to allow polling officials to communicate with the AEC coordination centre.

The Department of Home Affairs will receive $75 million for the government-wide permissions capability, as revealed by the government in October.

The funding, which includes $31.6 million in capital, will flow towards the development of the new platform for collecting incoming passenger information.

The platform is expected to go live in mid-2021, with the first products – a digital incoming passenger card and a simple digital visa – expected by October 2021.

The capability will be designed to be “reused for similar permission-based government services in the future such as visas, permits, accreditation, licences and registrations”.

Other new initiatives contained in the MYEFO include: