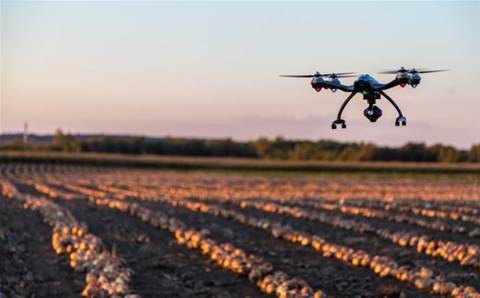 A senate inquiry into remotely piloted aircraft systems (RPAS) has called for mandatory registration to buy a drone and greater airspace restrictions.

The findings of the two-year long inquiry [pdf], which was sparked over concerns that serious accident could result from flying a drone, were handed down last night after a series of extensions.

The 121-page report recommends that the Department of Infrastructure, Regional Development and Cities work with the Civil Aviation Safety Authority to develop a whole-of-government policing approach.

“During the course of the inquiry, it became clear to the committee that RPAS regulation and safety requires a coordinated, holistic approach which encompasses matters including national security, importation, consumer protection, and technological innovation,” the report states.

The government-wide policy would encompass a “series of measures to enhance public safety”, including a “mandatory registration regime for all RPAS weighing more than 250 grams” to bring Australia into line with the US and UK.

The recommendation aligns with CASA’s recent review of aviation safety regulation of RPAS, which similarly called for registration of drones that weigh more than 250 grams.

This would require amending current legislation to ensure that those operating drones that weigh under 2kg are covered by the rules.

The mandatory registration regime would consist of “a basic competence test regarding the safe use of RPAS” to educate untrained and unqualified drone operators.

“The introduction of a mandatory registration regime provides an opportunity to reach and inform all RPAS users whilst also requiring of them a demonstrated understanding and awareness of safe RPAS use,” the report states.

Data would be gathered from the registration regime and “centralised in a way that allows for the examination of RPAS registrations, operations, trends and incidents”.

An additional “tiered education program” has also been recommended to allow drone users to “unlock” further capabilities when operating craft.

Three tiers have been suggested: beginner, recreational use and commercial, with various limitations assigned to each.

“After successful completion of additional training, limitations could then be removed entirely for operators using RPAS for commercial or exempted purposes,” the report states.

“The final tier would equate to the current training requirements for a commercial operator's licence.”

The committee has also recommended banning drone use in the airspace above “significant public buildings, critical infrastructure and other vulnerable areas”.

It considered these areas “particularly susceptible to RPAS misuse”, and suggested that ‘off-the-shelf’ drones be fitted with “technical restrictions to ensure compliance with the rules”.

As such the report calls for the Infrastructure department and CASA to work together to develop “airworthiness standards”, which “at a minimum” mandate “fail-safe function such as ‘return to home’ and safe landing functionality, and forced flight termination”, and restrict importation along these lines.