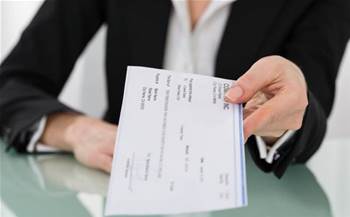 The government will force small businesses to join its single-touch payroll initiative while rescinding its offer to provide a $100 tax offset for them to invest in standard business reporting-enabled software.

The federal government first announced the offset in its 2015-16 mid-year economic and fiscal outlook (MYEFO) papers.

It was intended to get smaller business using standard business reporting (SBR)-enabled software as part of the single-touch payroll scheme, which lets employers automatically exchange payroll information and superannuation payments with the ATO via their own accounting software.

By tax-time 2018 all organisations of 20 or more employees are required to be using SBR-enabled software.

Businesses with fewer than 20 employees, however, were given the option to use such software but were not required to.

However, the government today revealed in its 2017-18 MYEFO papers that it will now force smaller businesses onto the single-touch payroll scheme.

Employers with fewer than 20 staff will have until July 1 2019 to be compliant.

The government has given the ATO $63.9 million to extend single-touch payroll to small employers.

It expects to reap $70.8 million in revenue over the forward estimates as a result.

Part of the new ATO funding will also go towards helping APRA-regulated super funds move to event-based reporting of superannuation guarantee payment contributions to the ATO.

The $100 tax offset was to be offered to businesses with less than $2 million in turnover to incentivise them to buy SBR-enabled software in the 2017-18 financial year.

It was to be available from July this year following a pilot of single-touch payroll in the first half of 2017 with small business.

However, the government also today revealed that it would ditch this offer after finding it wasn't luring smaller employers.

The pilot found [pdf] that more than half of the trial participants said the $100 offset would have no influence on their decision to buy SBR-enabled software.

“There is no payroll software that can be purchased for anywhere as low as $100 so that incentive is nowhere near enough to help. And software must be paid for every year, so a one-off help of $100 is just a drop in the bucket," one participant was quoted as saying.

The final report on the pilot recommended the department look at a more "targeted incentive" - which it did not specify - to alleviate the implementation costs for small businesses.

The government today said its consultation had identified that the most effective way to encourage small businessed onto single-touch payroll was through "education and support services".

As a result of ditching the $100 tax offset it expects to return $35 million to government coffers.