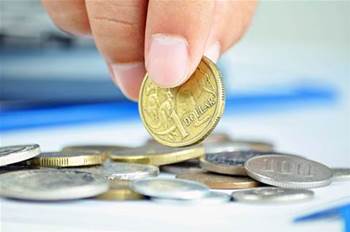 Not part of original modelling.

The government has all but admitted its decision to apply the ‘NBN tax’ to business broadband services amounts to scope creep, revealing such services were not counted in initial modelling.

Major business internet players were caught off-guard in June when the wording of the proposed tax - officially known as the regional broadband scheme (RBS) - was changed to include fixed-line enterprise services.

It had previously been widely understood to be a tax on services that tried to compete head-to-head with the NBN.

NBN Co has big ambitions for the business market - including symmetric plans and a desire for business to contribute 20 percent of its total revenue. However, it still has nothing in-market, stretching the definition of whether the existing business market should really be considered NBN competition.

NBN Co has previously claimed that if business services go untaxed, the RBS model will break.

That was partially dispelled in August when the Department of Communications revealed the only result of not taxing business services would be consumers paying $2.40 a year more.

Now, new information from the department provides the clearest indication yet that the business tax was a recent add-on that was not originally envisaged when the RBS was created.

Much of the legwork for the RBS comes from the department’s own Bureau of Communications Research (BCR).

In other words, this is the number of services that - after consultation with telcos - the BCR believed should pay the broadband tax.

The Department of Communications has now revealed where the extra $10 million in revenue comes from.

Critically, it noted that “the differences between the [RBS explanatory memorandum] and the amount derived from the 240,000 services in operation figure [in] … the BCR report are due to the [memorandum] reflecting … the inclusion of medium and large business premises in the charge base".

“Including medium and large business premises ... increased the amount of revenue projected for 2019-20 because it increases the number of premises to which the charge applies,” the department said.

That all but confirms that business services were not part of the initial model for the broadband tax but were added in at a later date.

The department declined to say just how many business services are going to be taxed.

“The department is not able to provide the business premises figures used to calculate the charge as they were provided on a commercial-in-confidence basis,” it said.

Alongside the addition of business services, about $1 million of the extra “revenue” is drawn from contributions towards the administrative costs of the tax that are expected to be borne by the ACCC and ACMA. This is being paid both by NBN Co and its “rivals”.

The department also said that delays to the planned introduction of the tax and the use of concessions - whereby a provider’s first 25,000 services are tax-free - also had an impact on revenue projections.

However, the net effect of these changes was an extra $10 million in revenue in the first year, above what the BCR had based its numbers on.

The broadband tax is currently before the parliament. It managed to clear a senate inquiry - which dismissed the lingering concerns over scope creep - but has not been debated since.

The tax is envisaged as a way to pay for future costs of NBN Co's uneconomic fixed wireless and satellite builds.

However, it remains unclear if the tax will pull in enough money to avoid any future call on the budget or public funds.