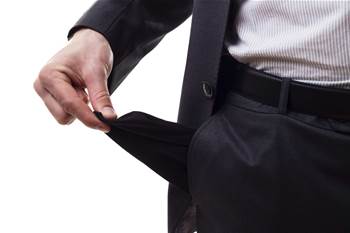 Consumers would only pay 20c more if enterprise was exempt.

Consumers would pay just 20 cents a month extra if corporate internet services were excluded from the base of the planned broadband tax, the government has admitted.

The admission, made by the Department of Communications last night, casts doubt on assertions by NBN Co about just how “critical” taxing corporate and enterprise users is to the success of the tax.

Assistant secretary of the broadband implementation branch at the department, Andrew Madsen, said that if corporate internet services went untaxed, consumers would wind up paying the difference – equivalent to 20 cents a month extra, or about $2.40 a year.

“The effect of removing enterprise services from the levy base would be to increase the cost per premises from the current rate of around $7.10 up to around about $7.30 per premises,” Madsen said.

“That cost would be applied across residential and small business premises.”

The government surprised industry in late June when it changed the wording of its proposed broadband tax laws – known as the regional broadband scheme – to cover corporate and enterprise internet services.

Telcos say they have been blindsided by the extension, which they invariably labelled opportunistic and scope creep.

The tax was initially couched as a way to make all providers of NBN-like services – particularly those trying now to compete with NBN Co for high-value metro connections – responsible for funding some of the more uneconomic costs of the NBN build.

But just who constitutes NBN Co’s rivals for the purpose of the tax is an active question. NBN Co largely does not service the enterprise and corporate markets, yet under the broadband tax, private sector telcos with corporate products that pre-date the NBN’s existence are now considered competitors.

That proposition – and other inconsistencies – have telcos concerned at the uneven way in which the broadband tax is to be applied.

Despite providing only a small financial contribution, corporate and enterprise services would be taxed; however, fixed wireless services are to be excluded for the very same reason.

“We believe that [fixed wireless competitors to NBN Co represent] a very small segment of the market and that the regulatory burden of incorporating them would outweigh the benefit in terms of additional revenue that would be raised,” Madsen said.

“Our estimate is they make up one to two percent of the market [for high-speed broadband].”

Despite pressure, the government and NBN Co dug in their heels over the planned taxation of corporate and enterprise internet services last night.

She said there was a “long history” behind the idea of taxing corporate services and that such services could “relevantly be considered NBN-comparable” and were thus fair game for the tax.

“Some of this discussion this evening [has been] to the effect that there’s been some [policy] change or some scope creep over time. From our perspective that is not correct,” Lovell said.

“Now is the time at which the [broadband tax] is actually being formulated and implemented so it is now that you look at in order to assess what the base would be.

“From our perspective, to be even-handed and consistent you need to include enterprise and business services [in the broadband tax base].”

“My recollection of the NBN model from the beginning is that it would service all premises in Australia, including business and residential, so this notion that it’s now entering into the business market puzzles me really,” he said.