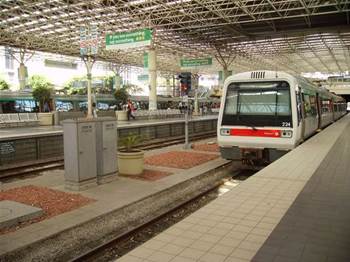 Federal cabinet last night signed off on a decision to reserve valuable 1800 MHz spectrum to modernise Australia’s rail infrastructure, rescuing $500 million in investment state governments had already made in the project.

The ARA’s spectrum licenses underpinning the project were due to expire in tranches from 2013 and 2015 — with rail authorities facing having to potentially pay billions competing at auction with mobile carriers to renew the licenses.

The Australasian Railway Association (ARA) bought the spectrum assets from the ashes of One.Tel for $20 million in the 1990s.

Last night's cabinet decision means those rights can be retained for $33.8 million.

ARA chief executive Brian Nye said the rail industry had been waiting nervously on Labor’s decision since it went before cabinet on the night former prime minister Julia Gillard stepped down from office.

“It’s been a hard battle but it’s something to celebrate. If you think of a passenger network in somewhere like Sydney, you can add 50 percent more capacity to the lines because trains can operate more closely together. It’s huge advancement for rail in Australia,” Nye said.

NSW and Victoria were the first to start investing in the new technology, with Queensland and other states to follow.

The system came close to being scrapped as carriers desperate for contiguous bands of 4G spectrum to serve consumers' growing appetite for mobile broadband appeared ready to price the bandwidth out of the states’ reach.

At the time 1800MHz was considered a top contender for 4G rollouts around the world, with smartphone manufacturers expected to adopt the band as standard.

The government had been hoping for a windfall from putting the spectrum to auction alongside the so-called digital dividend spectrum freed by the switch digital television broadcasting.

In 2011 then-Communications Minister Senator Stephen Conroy’s office took the view that the state rail authorities would have to compete for the spectrum "through the normal processes under the (Radio Communications) Act" after the allotments expired.

iTnews understands following pressure from then-Infrastructure minister Anthony Albanese, Conroy eventually lent his support to the decision to allow the ARA to retain the spectrum.