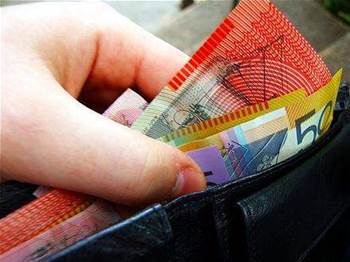 In response to regional telco review.

A multi-year lobbying effort for a subsidised NBN service for low-income households hit a fresh hurdle overnight with the government saying the issue is ultimately one for NBN Co to sort out, though it would try to assist.

The attribution means that neither the government nor NBN Co agree who is responsible for broadband affordability, and who should foot the bill to resolve it.

Discussions on a specific low-income NBN service have been underway since 2019, a time when NBN Co’s constant pursuit of revenue increases brought the issue of broadband affordability into focus.

But the issue has been constantly handballed between the different sides, and progressed through multiple regulatory and pricing reviews since with no outcome.

One of the key long-running proposals is for a government-subsidised offer for up to 1 million households receiving income support, but there is long-running disagreement over which part of government should run it.

The regional telecommunications review [pdf], published last month, recommended “that NBN Co finalise permanent measures to develop a subsidised high-speed product across all its access technologies as a matter of urgency.”

The government’s formal response [pdf], published yesterday, leapt on the attribution of the problem to NBN Co.

“The recommendation to implement a subsidised high-speed wholesale broadband product for low-income and income support recipients is directed at NBN Co,” it said.

“The government will explore options in this area with NBN Co.

“We note NBN Co would also need to work with retailers and relevant agencies, such as the ACCC, in this regard.”

The government’s response added that “the affordability issues identified by the [review] committee are potentially significant and costly to address”, and that the government would “continue to examine measures to improve affordability for low-income and income support recipient consumers in regional Australia.”

The costs are of concern to NBN Co as well.

NBN Co has repeatedly deferred discussion and action on a permanent low-income offer over the years since it was raised, mostly over cost, revenue and implementation concerns.

As recently as late December 2021, NBN Co said it would have trouble funding a broad-based low-income offer on its own, and suggested the issue was for the government or industry to sort out.

Citing discussions between it, the internet industry, regulators and the government through the back half of last year, NBN Co said that “participants and discussion paper feedback generally did not want the offer to be funded through a cross subsidy of wholesale pricing from other consumers".

It went on to say that a broad-based low-income offer “would be financially challenging for NBN Co and the industry”, and that formulating one “could lead to cost consequences for full-priced services and adversely affect NBN Co’s competitiveness.”

That appeared to rule out NBN Co being able to fund a subsidised low-income product from its own pockets.

There is a possibly that NBN Co could still be forced to fund a low-income product, if it was written into a revision of the price and non-price terms that govern NBN Co's existence.

NBN Co argues that document - known as the ‘special access undertaking’ or SAU - isn't an appropriate setting to deal with the low-income issue.

“NBN Co considers that it is not the role of the SAU to solve these complex social policy issues,” it said.

It’s still unclear what - if anything - on the low-income issue may be drafted into the revised SAU by NBN Co. In its December paper, NBN Co offered to include in the SAU commitments that it would convene a working group “on low income and related accessibility issues at least annually” and report on “activities” once a year as well.

iTnews has contacted an NBN Co spokesperson for additional comment.

NBN Co's characterisation of broadband affordability as a "complex social policy issue" is important, if only because it lends weight to the idea that the government should ultimately lead the process.

NBN Co argued in its December paper that affordability is a broader discussion than broadband pricing alone.

“Affordability is a complex policy issue and there are several factors, including affordable access to devices and digital literacy, which influence the perceived affordability of broadband services in Australia and several ways in which those affordability concerns can be addressed,” NBN Co wrote.

NBN Co said there were “differing views" on how a low-income product should be funded, but argued there was a "general preference that the offer could be addressed in the retail market or by government.”

For what it's worth, the regional telecommunications review committee also doesn't want to see the low-income issue wrapped up in the SAU renegotiation, if only because it would cause further lengthy delays on action. The committee sought increased "urgency" from all sides.

History shows that where the issue of who funds the subsidy is sorted, that a construct is possible.

NBN Co managed to waive internet fees for low-income earners during the initial Covid lockdowns in 2020. The government touted the program at the time.