Google rolls-out Google Transit in Perth other states to follow 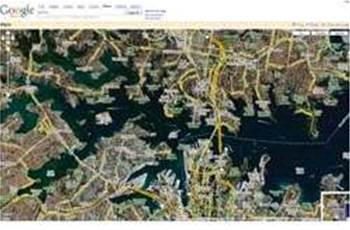 Google today announced the availability of Google Transit in Perth, the first city in the southern hemisphere to feature the Google Maps’ tool that provides public transport directions to commuters.

Dr Eric Schmidt, chairman of the board and chief executive officer at Google joined Australian executives Karim Temsamani, general manager at Google A/NZ and Alan Noble, head of engineering at Google A/NZ to make the announcement to local media at a briefing held at Sydney’s Opera House.

Kicking of the press conference Schmidt said Australia has always suffered from the tyranny of distance and so the search giant's objective is getting people information regardless of where they are.

"If you think that Google is static you don't understand how much it's changing," he added.

According to Noble, Google Maps was originally developed in Australia. "Making Transit available in Perth is another step in Google's continued commitment to provide Australians with truly useful and local tools. Transperth has been a great partner and has shown what can be done."

Similarly, Mark Burgess, executive director of Transperth is excited about the new feature for Perth travellers. "We're excited to make this information available to all the Australians who already turn to Google Maps for directions, and most especially to the local Perth community," said Burgess.

The Google Transit feature also allows users to customise their searches to a specific date and time, and how to get where they need to be.

According to Google, users can continue to use the popular features that Google Maps already has to offer, including click-and-draggable maps, satellite and terrain views, as well as listings for local landmarks and businesses, plus the ability to create and share personalised maps.

Noble was unable to give a definite timetable for the roll-out in other states and territories, but said it is communicating with other State Authorities.

“We're eager to work with other states to roll out Google Transit in cities around Australia," he said.
Got a news tip for our journalists? Share it with us anonymously here.