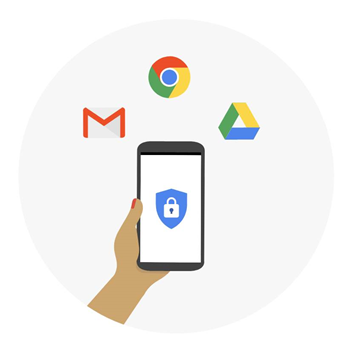 Google is offering stronger protection to exposed groups of internet users such as business leaders, political campaign workers, and journalists for the company's online services.

Its advanced protection program aims to protect personal Google accounts against targeted attacks such as phishing, while tightening access controls to the Gmail and Drive services.

After enrolling in the program, third-party apps will no longer have access to Gmail messages and data stored on Drive.

This includes Apple's iOS devices - under the program, only Google's own Gmail, Inbox and Calendar apps can access user data.

Likewise, program users will only be able to use the company's own Chrome browser to access Google services over the web.

The advanced protection program uses hardware security keys on sale from Amazon: one uses Bluetooth, NFC, and cable to authenticate a user's phone, tablet, and computer; and the second is a USB device for backups.

However, the main key made by Feitian - which is required to enrol in the program - is only available for purchase through Amazon in certain European countries and Japan.

Google did not say whether the Feitian key can be bought directly in Australia, the United States, Canada, and other markets.

When the security keys are tied to a user account, two-step verification methods such as SMS text message and Google Authenticator one-time passphrases will no longer work.