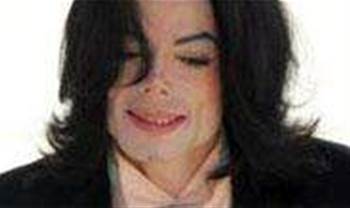 Web giant Google has admitted it thought the sudden spike in searches for Michael Jackson on Thursday was a massive, coordinated internet attack, leading it to post an error page on Google News.

In a blog posting, the firm's director of product management, RJ Pittman, explained that search volume began to increase around 2pm PDT on Thursday and ‘skyrocketed' by 3pm, finally stabilising at around 8pm.

"The spike in searches related to Michael Jackson was so big that Google News initially mistook it for an automated attack," he wrote.

"As a result, for about 25 minutes yesterday, when some people searched Google News they saw a ‘We're sorry' page before finding the articles they were looking for."

Many will be surprised that Google mistook a simple spike in traffic, albeit a massive one, for an automated attack.

According to Pittman, last week also saw one of the largest mobile search spikes ever seen, with five of the top 20 searches about Jackson.

Google wasn't the only site caught out by the extraordinary events.

Twitter's infamous ‘Fail Whale' was also called into action as servers at the micro-blogging site crashed as 66,000 Tweets were made within a 60-minute period.

Got a news tip for our journalists? Share it with us anonymously here.
Copyright ©v3.co.uk
Tags:
computercomputinggooglejacksonmichaeloddwaresearchsecurity