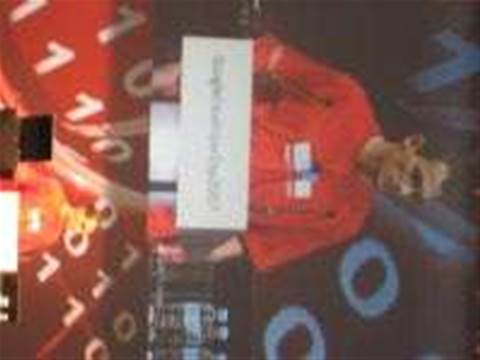 “With Mapplets, mashups live within Google Maps,” said Noble. As one of the most advanced mapping services on the Internet, Google Maps represents a large pool of users and customers that can be reached.

Was this programming genius the brainchild of Google’s American programmer farm? On the contrary. “This work was done right here in Sydney,” said Noble.

“Google Gears is a browser extension that enables offline applications,” said Erin Boodman, an engineer based in the Googleplex in Mountain View, California.

“It’s an incremental approach to the offline problem,” Boodman noted, citing the issue of trying to use online applications when in transit on a train or aeroplane without Internet connectivity.

He also described it as a very early beta technology, which will evolve and grow. “Tell us where it’s broken, where it needs to be fixed” said Boodman, encouraging developers to take part in the testing process, but also promising to address issues with alacrity. “We hope to iterate very quickly,” he added.

Boodman noted that there are support plans for major browsers such as Firefox and Opera already in place, with Apple Safari support coming soon. However, Microsoft’s Internet Explorer logo was conspicuously absent from this slide in the presentation. Google did claim support for Internet Explorer, however.

Finally, Boodman demoed the integrated search element, as something of an afterthought. “Larry (Page) wouldn’t let us launch it without some kind of search involved,” He quipped.

Google’s Dr James MacGill ran a detailed preview of the new Google Mapplets technology. Described as an extension to gadgets in Google Maps, the new addition is designed to allow ‘mashups’ of map content within an Internet map application.

A mashup is a technological term for a combination of different kinds of content. An example of a mashup is a web site that combines news headlines from several different other websites, who are publishing their own live headlines in a 'feed' form (RSS feed). By writing a web page that can to bring these live elements together, the web site acquires a new presentation and combination of content that updates itself – the essence of a mashup.

In this case, Google Mapplets allow programmers to bring together different sources of information onto the map, creating all-new utility.

“One of the things my background in geography has told me is that location is the great integrator. 80-90% of the world’s data can be brought together using geography in some way,” said MacGill.

He cited the example of trying to find a place to live on the Internet. You may find a property at an appropriate price, but you may require more peripheral information. “Is this a safe place to live, is this where I want to live? What is the quality of local schools?” asked MacGill. To answer these questions, he argued that currently you need to visit many sites to find all the information you need to make your decision.

MacGill then opened the site at maps.google.com.au/preview, where there is a new tab on the interface, labeled “Mapplets”. Under this tab, several Google partners are listed, who are providing data for the preview version of Google Mapplets, as well as some early Mapplet technology demos. Google Real Estate Search is listed, as is “Search Hotels at booking.com”.

Clicking on Google Real Estate Search, he searched for a house in Chicago, USA. In listings that appeared in Chicago, he clicked onto a property indicated by a map marker, then clicked to “search nearby” for the term “school”, allowing him to find a school in the neighbourhoood, (which appeared on the map with its own map marker) by cross-referencing Google search results.

To demonstrate the accommodation finder Mapplet, he typed in “Sydney” to the Booking.com tab. A collection of 12 items appeared in the view, one of which was close to Africa, on the equator. Acknowledging the bug, he moved on to view details of a hotel in the Sydney central business district. When he moused-over the map marker, an information window appeared showing specific information about that hotel, as well as a link to click through to the hotel's booking website. With this map view, he was able to gauge geographical details about the hotel, such as how close it is to the water at Circular Quay, the main ferry terminal in Sydney city.

To calculate this, MacGill showed off another Mapplet called the Distance Measurement Tool. This allows users to estimate the distance to a destination by clicking on the map, creating a linked series of straight lines between the origin and destination. The Mapplet drew the route onto the map as a bright red line, and instantly calculated the distance.

But with additional programming, Mapplets could go even further. The system is open and available for programmers to sample. “All you need is this magic URL, maps.google.com.au/preview, you can go there and play with it now,” said MacGill.

Finally, MacGill profiled a number of online Mapplet development tools such as the Mapplet Scratch Pad. This in itself is a Mapplet, which allowed him to cut and paste code directly into a small window on the Mapplet site, which allowed it to run immediately. Macgill used it to create a custom map marker.

“It’s a very easy way to get familiar with the system,” said MacGill.

“I wouldn’t suggest that you do any serious development work using this system though,” he countered. He then ran a demonstration of the ability to add Mapplets by URL, allowing developers to point to Mapplet code that exists on the Internet and easily add that code into the current map view.