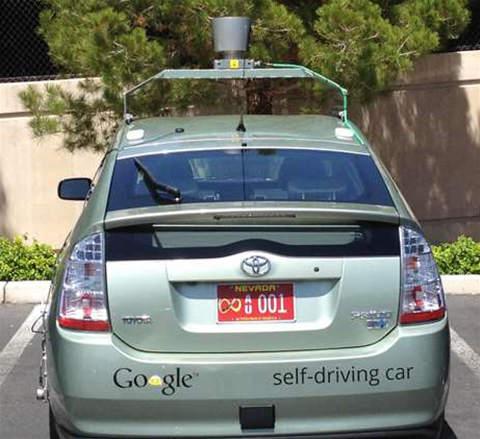 Google has successfully acquired an autonomous driver’s license and official number plates from Nevada, allowing it to test its driverless vehicles on state roads.

The license is the first issued in the US under state laws introduced this February that allowed companies like Google to apply to test its vehicles on public roads.

Companies hoping to acquire the special testing license must have proof the vehicle has driven a total of 16,000km.

Google’s - and any other companies' - autonomously driven cars on Nevada’s roads will be recognisable by red number plates that carry the infinity symbol, meant to represent the “future”.

“The unique red plate will be easily recognised by the public and law enforcement and will be used only for licensed autonomous test vehicles,” said Department Director Bruce Breslow in a statement.

“When there comes a time that vehicle manufacturers market autonomous vehicles to the public, that infinity symbol will appear on a green license plate.”

Data centres play a key role processing the car's sensors, videos and radars that support its capacity to drive unmanned, he said in 2010, announcing the Google's cars had driven over 140,000 miles.

At a TED conference last year he pointed out that most car accidents are "caused by human error, not machine error".

ForgeRock for Australia’s Trusted Digital Identity Framework (TDIF)
By Liam Tung
May 9 2012
6:46AM