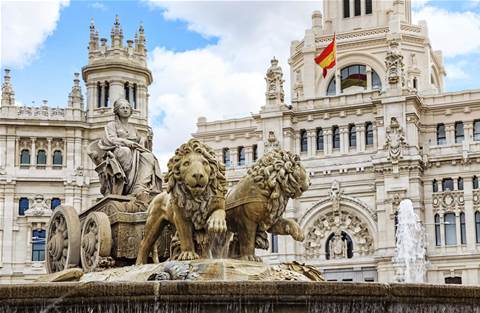 Google is hitting the road with a specialist panel appointed by the company in a seven-city European tour designed to gather views of experts to help the company implement a landmark court ruling on privacy rights.

The judgment has pitted free speech supporters against privacy advocates who are alarmed that search engine operators such as Google, Microsoft and Yahoo are in a position to judge what personal information remains accessible.

Google has already come under fire from regulators for it's handling of ‘right to be forgotten’ requests, of which it says it has received thousands each month.

The panel is composed of Google's general counsel David Drummond and chairman Eric Schmidt, as well as eight members from outside the firm, including Wikipedia founder Jimmy Wales, a former German justice minister and two academics.

The group will compile its findings into a report that it will present to the company early next year.

The first meeting, held in Madrid this week, was attended by eight Spanish experts. Several, including the head of the Spanish Association of Privacy Professionals, questioned whether a private company like Google, which holds more than 80 percent of Europe's search market, should be making judgments impacting on the public's access to information.

Milagros del Corral, a director at UNESCO, said "the right to be forgotten," safeguarding privacy, ran in parallel to "the right to memory," which would serve history.

Del Corral also asked how Google would distinguish between public and private individuals. The court ruling allows for a public interest test to be applied when the information concerns high-profile individuals.

"Where do we put the limit? And should Google decide it?" del Corral said. "Google needs to comply with the ruling but we need clear guidelines."

Al Verney, a spokesman for Google, told reporters after the meeting the company had received more than 120,000 requests affecting 457,000 links, but would not say how many it was accepting or rejecting.

The panel's next meeting was due to take place in Rome.

The Google sessions are open to the public and free of charge, though those wishing to attend have to register in advance through Google.

Regulators' reactions to the Google roadshow have been mixed. Isabelle Falque-Pierrotin, who heads France's privacy watchdog and the Article 29 Working Party (WP29) of European data protection authorities, has described Google's initiative as part of a "PR war".

Peter Hustinx, a member of the WP29 and head of the European Data Protection Supervisor, said he saw the council as a platform to help Google think ahead, which was "positive".

European data protection authorities are next set to hold a two-day meeting in mid September in Brussels to discuss a draft set of guidelines for national regulators to ensure that appeals from citizens whose requests have been refused by search engines are handled consistently across the EU's 28 member states.

Some 90 such appeals have been filed with privacy regulators in Britain, 70 in Spain, 20 in France and 13 in Ireland.