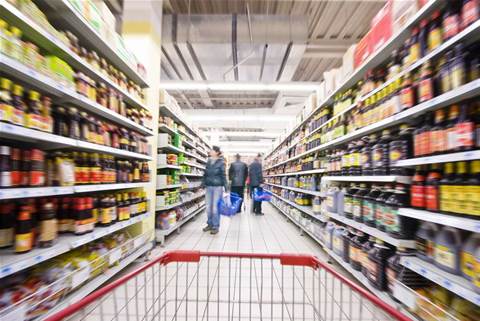 Given a year to transition out.

When George Weston Foods’ enterprise architect Stephen Harris returned from holidays in the middle of October 2016, his boss took him out for a coffee to break the news.

“While I was away, our co-location partner had contacted us to say they were closing their physical data centres over a 12-month period,” Harris, who looks after infrastructure and security architecture, recalls.

“It was a bit of a surprise to us.

“My boss said ‘you have nothing to do for the next 12 months but get us out of the data centre’.”

Though the existing provider was closing its physical data centres, it wasn’t exiting the co-lo game altogether. Instead, it planned to continue offering co-location services, albeit from within someone else’s data halls.

While George Weston Foods - which owns supermarket brands like Tip Top Bakeries and Don smallgoods - could have chosen to stay with the same provider, the timing was opportune to look further afield and see what other options were available for its infrastructure.

“We’d been with our co-lo provider for about 10 years and we wanted to look at what else was available and could be leveraged,” Harris says.

“We’re already 100 percent virtualised within the data centre but we wanted to look at as-a-service and public-private-hybrid cloud offerings.

“We wanted to explore the market and understand what was out there while we were making that decision to go with the current provider or talk to other partners.”

Harris will speak about the data centre migration at the upcoming Cloud & DC Edge 2018 conference, which is co-organised by ADAPT Ventures and iTnews.

The move affected both George Weston Foods’ production and disaster recovery facilities. The company also runs what it calls “micro data centres” at its manufacturing sites, but these are internally managed.

Harris modified existing request for process (RFP) and request for information (RFI) documents with the new project’s requirements and invited responses from vendors.

“Once we had an idea of what the vendors were capable of supplying to us [and] we thought we had an ‘apples for apples’ view, we sat down internally and looked at what was right for us,” Harris says.

“We essentially came back with three options - all cloud, all metal and a hybrid of the two.”

The company initially settled on a hybrid model where it would use a single vendor’s co-lo space and their “VMware-as-a-service” platform, but the idea was abandoned when the project team “started to break down the numbers in detail”.

In the end, it decided on a lift-and-shift of the old environment into new co-lo space, albeit with some conditions.

“The way I referred to it - to the horror of the project team - was as just a cut-and-paste,” Harris says. “Pick it up and move it.”

The most complex part of the design was ensuring the transparency of the network environments across the old and new hosts, according to Harris.

"Once the network was established, migration was simply moving between VMware and AIX hosts," he said.

The company also used the opportunity as an “enormous cleanup” for its environment, ending up reducing its VM fleet by around 20 percent.

“One of our success criteria that was defined right upfront was every service has to have an owner - if it doesn’t have an owner, it doesn’t move [to the new environment],” Harris says.

“That was backed quite hard by the stakeholders.

“We managed to go through and if we couldn’t put a name on it or it didn’t have an owner, we shut it down.

“For example, we found a fax system that had been broken for six months and no one knew anything about it so nobody complained. We turned it off.”

George Weston Foods also took the opportunity to upgrade some of the hardware underpinning its production applications.

The company successfully completed the migration into new geographically-dispersed co-location facilities in Sydney at the end of last year.

“All of our services have been out since the end of November 2017,” Harris says.

The transition also provided an opportunity for George Weston Foods to re-engineer its disaster recovery environment, and to properly separate it from production workloads.

“We previously had our production and DR data centres, but it was all manual, there was no active-active between them,” Harris says.

“Workloads had also spread so there was some prod and DR, some DR and prod [in each facility].

“We didn’t really know how our DR environments worked. We had done DR testing but it took a month to prepare and then took four days to actually do, so it wasn’t great.”

One of the requirements and success principles set for the new environment was that it had to be able to handle an active ERP failover to the DR site, “run in a DR space for up to a week, and then be brought back - actively.”

“It had to be true DR,” Harris says. “So we essentially had to re-engineer our DR and while we were doing it we looked at what was and wasn’t DR and we separated them.

“Everything that is in the production data centre is now prod or pre-prod, everything in DR is DR only.

“So the DR space is much smaller than it had been previously, because the only thing it does is DR.”

While George Weston Foods is still running applications and equipment in co-lo space, it is firmly on the journey to adoption of cloud services.

It is already largely using Office 365, including Exchange and SharePoint Online, and is also using as-a-service apps for business functions such as payroll and other finance-based use cases.

Harris sees further opportunities to uplift enterprise applications into the cloud, now that the data centre migration is done.

“We’ve cleared the forest,” he says. “We can see the trees. And now we know which trees we need to hit."