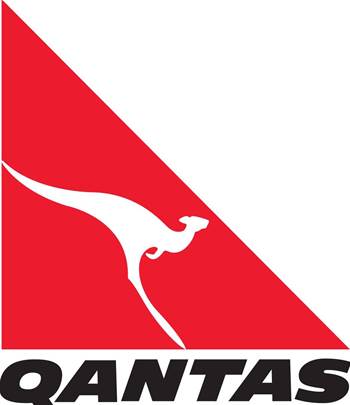 Fujitsu has won a deal to provide all user-facing IT services for Qantas' domestic and international operations following the airline's decision to prematurely end its seven-year, $750 million desktop services contract with Telstra.

The decision by Qantas to ditch Telstra two years before the end of the seven-year contract, inked in 2004, is part of a huge cost cutting exercise by the airline which has seen it re-evaluate a host of big money agreements and slash jobs.

Last month, Qantas' chief information officer Jamila Gordon was shown the door. CEO Alan Joyce has said that Qantas was seeking better value on its IT spend, with the airline spending 3.5 per cent of its revenue on IT compared to just under 1 per cent at Jetstar.

The decision was taken to seek a new service provider after Qantas discovered that Telstra's rates were far higher than what competitors were charging.

Fujitsu will now support all of Qantas' end user computing services for the next five years, and revealed that it also has a further option to extend the contract another two years.

David Hall, Qantas executive manager corporate services and technology, said the airline was very impressed by the service outlined by Fujitsu in their bid process.

"The team at Fujitsu represented a high value service with a competitive cost base and we are confident that we will build a strong relationship with them as a key supplier to our information technology business."

Rod Vawdrey, CEO, Fujitsu Australia and New Zealand declined to reveal what the deal would be worth to Fujitsu.

As for how many staff will be required to managed the contract, Vawdrey said "that is yet to be determined", but he did say that Fujitsu may employ additional staff to fulfill the contract.

Ovum analyst Jens Butler said that in addition to edging out Telstra, Fujitsu also beat Unisys, HP, Tata and IBM to the account.

"With this deal, Fujitsu gains a blue-chip account with an extended term deal and moves even more into the big leagues in the services area. In addition, it is an opportunity for them to bring the full breadth of their newly extended capabilities to the table.

"With this being the first major step in Qantas' multi-sourcing strategy, there will be substantial focus on the success of this deal."

Gartner research VP Jim Longwood believes Qantas has made a sensible choice by awarding the contract to Fujitsu.

"Fujitsu are a strong desktop provider, with good geographic and regional spread and as a second generation service provider with standardised and industrialised processes, should be able to deliver services consistently and more cost competitively," he said.