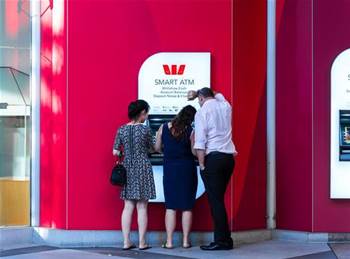 Westpac CEO questions how consumers will continue to use cash.

The prospect of Australian banks handing over thousands of automatic teller machines to a new national ATM utility provider is in uncertain territory after Westpac’s chief executive Peter King said more time was needed to see how people used hard currency amid the COVID pandemic.

Asked about where he saw ATM consolidation headed at Westpac’s half year financial results on Monday, King told iTnews that while electronic and digital transactions would continue to grow the bank wanted to see how consumers reacted in the current crisis first.

Prior to King’s ascendancy to the CEO’s role, Westpac had been a key backer of industry ATM consolidation after it sold around 800 non-branch machines to Spanish security and cash logistics firm Prosegur last year.

“I think if you look at payment channels more broadly, then yes, less use of cheques and cash and more digital channels [will] be a trend that continues. I think it's an interesting question about whether or not cash usage will step down again off the back of what people have experienced through COVID,” King told iTnews.

“You know, there's still lots of areas of the economy that use cash. In the end, we'll see what behaviour looks like down the track.”

What is clear is that the question of whether or not to reduce the number of ATMs for all banks has become a lot more complicated in the context of COVID-19.

While cash might be seen as unhygienic by many consumers and retailers – and physically laundering money is not really an option – the folding stuff is still a staple for many small businesses.

At the same time, a reduction in the number of ATM machines would also increase the concentration of physical touch points, especially ATM PIN pads, that are needed to authorise transactions even if consumers don’t have to insert a physical card.

There are real worries about the potential for COVID-19 transmission from PIN pads, with supermarkets including Woolworths, Coles and Harris Farm pushing their PIN-free contactless transaction limits from $100 to $200 to limit physical contact.

Payments regulator the Reserve Bank of Australia had previously indicated it was prepared to consider a national ATM utility and cash use abated, a move also propelled by the take-up of digital wallets like Apple Pay and its rivals.

While Westpac may previously have been talking-up an ATM utility, the Commonwealth Bank of Australia (CBA) has been largely ambivalent over such an endeavour because it regards its heavy branch presence as a competitive differentiator.

The CBA also has a long-standing relationship with cash logistics and ATM maintenance provider Armaguard, part of the Linfox Group, which is also seen as potential bidder for any establishment of a common ATM utility.