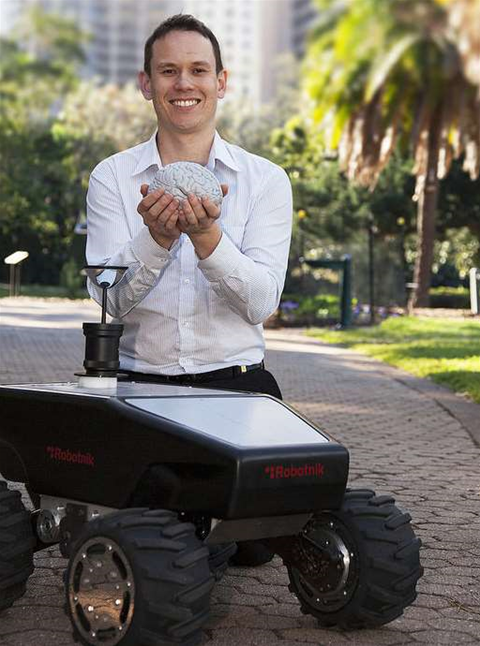 Researchers at the Queensland University of Technology are developing software inspired by the rat brain and human eye to improve on today's "limited’" navigation technologies.

Senior lecturer at QUT’s electrical engineering faculty, Dr Michael Milford, is leading a study he hopes will enable robots and humans to navigate more intelligently and through current trouble areas such as tunnels and buildings.

Milford was awarded a five-year, $676,174 fellowship by the Australian Research Council to support the study, which he is hoping will result in a new technological capability that can be used for robotics and on a user’s smartphone.

The ‘Frankenstein’ project involves a combination of existing software algorithms developed by QUT, which model the spatial memory of the rat brain alongside the capabilities of the human eye, in an effort to improve current robotic and personal navigation systems, which Milford said leave a lot to be desired.

“The core problem we are addressing is navigation - for instance, GPS doesn’t work in tunnels or indoors, so it’s about making a more generally applicable system that will work in all areas. We’re also modelling how nature does it,” Milford told iTnews.

“Specifically we know that animals like rats and other mammals have an amazing map of space in their brain - there have been many fantastic new discoveries and we know a lot about how this map works, but we haven’t deployed it in any applications like a map or phone.

“But while they have this amazing map of space they have very poor vision, so we are looking to model human eyes for their sense of vision. It’s our dominant sense, we are able to do amazing feats with it.”

He said rat brains and human eyes were chosen despite not being best in class due to the existing significant pool of knowledge on how both operate.

“There’s preliminary evidence that this map of space is also found in bats, pigeons and other animals, but 99.9 percent of the experimental discoveries have been with rats. We know a lot more about what happens with the rat brain," Milford said.

“And yes, an eagle can see two kilometres away, but humans actually have very high resolution vision, thousands of times higher than many animals, and because of that our brain has presumably developed to exploit that.

“One of the amazing things about the rat map is rats learn places they’ve been at all different scales. They have cells or neurons in their brains that learn a tiny place, maybe the size of a dinner plate, and the neurons tell the rat when they are at that location. Other cells tell them when they are in a much larger area, like the entire floor of a building.”

Milford and the QUT team will build their ‘Frankenstein’ mapping capability internally, with the end application likely to be written in the C or C++ programming language, and will expand on work they have already completed for a GPS system replacement in cars.

The study will utilise the large existing robotics presence at QUT - which includes farming, underwater, flying and ground-based robots - to ensure the competency is applicable in all domains. Milford expects the project will have benefits for manufacturing, environmental management and aged health, as well as the general public.

“It’s one specific technological capability that you can use across any robot or on your phone,” Milford said.

“Our speciality is in ground-based robots and all-terrain outdoor robots, so we’ll trial on a number of those, as well as on mobile devices.”

Milford is tentatively planning to target Android, iOS and Windows mobile operating systems first, either as a standalone application or as a technological component of existing systems.

“We’d be looking to see if we could provide it as part of their integrated systems - we don’t have any agreements yet but we’d be looking to work with large corporations, as well as start-ups,” he said.

“Ideally I’d like it to be this invisible capability which is prevalent throughout phones and robots - [you don’t notice] that your domestic cleaning robot knows its way around the house, or you visit a new city and your phone can you tell you specifically how to get to an attraction within a building. We want it to be ubiquitous.”