Foxtel turns to data to keep its customers 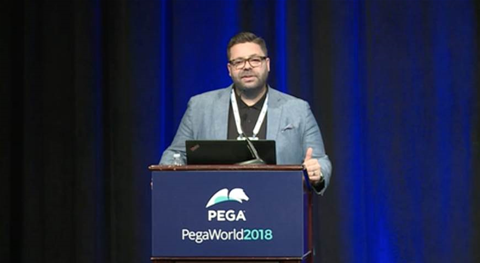 Works out how much to discount its products to stop churn.

Foxtel is using decisioning software to help it retain particularly high value customers as it defends against higher churn rates caused by the encroachment of new competitors including Netflix.

Executive director for sales and customer experience, Marco Miranda, told the recent PegaWorld 2018 summit that Foxtel examined its retention strategies against a backdrop of rising churn - that is, customers seeking to leave.

“Our churn profile at the time was sitting at around just over 15 percent, whereas traditionally we’d had 11-12 percent annualised churn for a number of years,” Miranda said.

“The competitive landscape in Australia has increased. For many years Foxtel was the subscription television brand in Australia but new entrants such as Netflix in Australia shook-up the market.

“So for us it was very much around what can we do in the retention space and how quickly can we do it.”

Miranda said Foxtel already thought it was doing “quite a good job in the retention space at saving customers”.

“But we felt that we were saving them at a very high cost,” he said.

“We needed something to be able to better align the depth of offer and depth of discount we were giving to a customer with their customer lifetime value.”

The company is now in the process of applying Pegasystems’ next best action (NBA) across all its communications channels, to help it better identify customers and tailor offers to keep them.

NBA tools analyse what a company knows about a customer and then recommends the best thing to offer them or talk to them about.

Foxtel is beginning its NBA rollout with its human-staffed channels - its four contact centres, two of which are in Melbourne and the Gold Coast, and two based offshore in Manila and Durban.

The offshoring of contact centre workloads has occurred at the same time as it has rolled out the Pega tool.

“Foxtel, for many years, we had an 'onshore only' contact centre approach. They were all based in Australia, and we had two contact centres for the longest of time,” Miranda said.

“But as our business priorities changed and we had to drive efficiencies through our business as well, we’ve focused and we’ve invested heavily in offshoring as well.”

“We’ve been aggressively moving contact centre traffic offshore during the same period we were rolling this capability out,” added Richard Schultz, Foxtel’s head of operational performance and insights within the sales and customer experience unit.

Miranda said Foxtel wanted to ensure customers got the same experience no matter where an agent was located.

“Part of the opportunity was in closing some of the performance gaps as well as the experience gaps we had by dealing across different timezones and also different countries with different agents,” he said.

“That was a massive opportunity for us.”

Foxtel ran a pilot project over an eight-week period in early 2017, in conjunction with Accenture, to put Pega through its paces.

The focus of the pilot wasn’t on saving customers as it was saving money around the discount offers being put in front of customers to persuade them to stay.

“We ran a quick, very targeted pilot [that was] aggressively focused on offer cost savings just to prove we could do it,” Schultz said.

“If anything we were almost too successful, and our CFO wasn’t too happy because we let a few extra customers go that we perhaps might not have.”

While the tool was capable of “aggressive cost reduction”, it left the team uneasy.

“We felt we wanted to perhaps change our strategy,” Schultz said.

“So we looked at our options and decided to flip our strategy in the completely opposite direction.

“We went back to aggressively saving customers and favouring spending money to save, knowing we had the confidence of the tool to help us target the high value customers.

“We see those high value customers less frequently in the retention space, so it’s really important to identify when those opportunities are there to go quite aggressively on offers to save [them].”

Miranda refers to the learning from the overly-aggressive pilot as a need to “detune” the model. In other words, the pilot model was tuned to the point where it worked a little too well.

“We now have a tool we know we can tune - and at times, dare I say detune - to drive the outcomes that we need to drive for a particular moment in time,” he said.

Foxtel is applying the Pega tool to handle different types of use cases in seven week cycles.

It spent the first seven weeks of implementation making the tool work right for customer retention.

It then spent another seven weeks applying it to cross-sell and up-sell and spent a third block of time trying to apply it to work on digital-only channels, though this work has been delayed until the new financial year.

“Our ambition for June 30 is to have next best action considered as a BAU construct,” Miranda said.

“We are almost there.”

Schultz said Foxtel had hoped for a “minimum one percent uplift” in its cross- and up-selling.

“We’re currently tracking at around the two percent [uplift] rate so ahead but on a relatively small proportion of the customer base,” he said.

On retention save rate, the company had “a very conservative target”, Schultz said, without revealing the actual number.

“We are significantly outperforming in this space, probably in the area of 3-4 percentage points higher than those agents who don’t have access to the NBA tool,” he said.

The company is tracking “slightly behind on our offer cost saving target”; Schultz said that was intentional “because we’re doing so well on save rate that we’re continuing investing in the offer costs”, suggesting that the revenue from keeping customers happy is now more than offsetting the costs to do so.