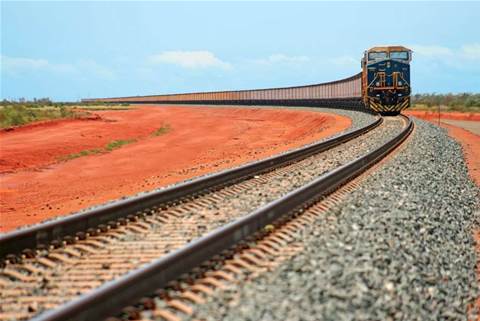 Fortescue Metals Group is to deploy a radio-based signalling system to track train movements on a 294-kilometre stretch of rail in Western Australia's Pilbara region.

The state-of-the-art system - a first for the mining-rich Pilbara - is to be supplied by engineering firm Norfolk Group under a $56 million subcontract with GE Transportation.

It uses satellite positioning technology and will be installed on Fortescue's multi-billion dollar track duplication project between Port Hedland and the Christmas Creek iron ore mine.

Norfolk Group is charged with "partial design, fabrication, construction and testing of the radio-based system, along with commissioning support".

The subcontract includes the installation of control hubs that will allow train tracking and signal control from Fortescue operations in Perth and Port Hedland.

Work has started and is expected to be completed by the end of the year. More than 150 Norfolk staff have been assembled to drive the project.

Norfolk Group was hopeful of winning further work on the rail project.

Managing director Glenn Wallance said rail "continues to be an area of strength for the Group, backed by our established reputation in delivering significant works on major resources projects".

Fortescue has previously revealed that its rail control systems have been been virtualised in collaboration with GE.