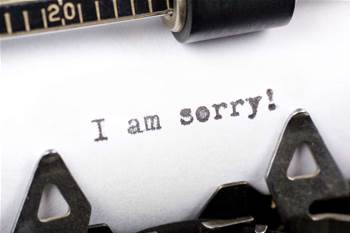 Sometimes a transformation can just be proper processes.

When Michelle Carroll arrived at Flight Centre in January 2016 she said she found the help desk management application Heat "and spreadsheets” to describe the state of IT. But the company had no deeper insights into operational performance, which made for some other problems.

The queue for the internal help desk sometimes reached 200 calls, time on-hold averaged 14 minutes and blew out to 48 minutes when things went pear-shaped. The company had little visibility of application health and few processes to fall back on during incidents. No self-service was available and when problems hit, sales staff fretted that it was costing them commissions.

Staff therefore had a very low opinion of IT, and IT itself was resistant to change.

Today, Carroll told iTnews, average on-hold time is between three-and-a-half and four minutes, mean time to restoration has reduced by 88 percent and internal customer satisfaction is rated 4.8 on a scale of one to five.

The restoration metric is Carroll’s big win, because downtime means slow or no sales.

Carroll attributes the improvements she’s overseen to just doing the basics well, and says her aim is just keeping the lights on rather than transforming the business.

That’s seen her replace manual processes and spreadsheets with ITOM and a proper configuration management database. ServiceNow delivers those processes, and a portal that has some digital bling to satisfy a younger workforce that expects a Google-like self-service experience.

Carroll said her IT staff was resistant to the change. Many of the core team had a tenure at Flight Centre of 15 years or more and felt their experience managing the company’s varied software and infrastructure estate gave them license to persist with manual processes. “They have always done things the way they were always done,” Carroll said. She therefore introduced change without talking about change.

“We’d talk about streamlining, or releasing them to focus on bigger and better things,” she said.

“There are things in our world that we cannot change. We are heavily regulated by PCI and GDPR. I want to say that we are on the journey to become best practice but it is really standard practice.”

“What I was able to do with ITSM for technology and the [internal] customers that consume that service, they started to believe in the process and the technology that enables it.”

“I can honestly say I was caught up in some interesting, fiery conversations, that I didn’t know what I was doing.”

“Those people are now coming up and apologising for their behaviour.”

Carroll’s now at the point where she thinks her IT team is bought in to her plans, so she now plans to tackle security and risk management.

ServiceNow is a part of those plans, along with Splunk. The latter now meters Flight Centre’s apps and feeds relevant information to ServiceNow to assist with incident management.