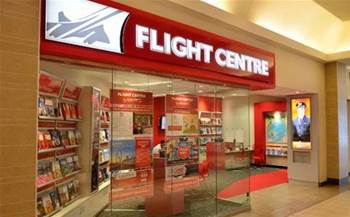 Explores IT upgrade opportunities across its business.

Flight Centre Travel Group is revisiting an earlier software-defined networking deployment as part of ongoing efforts to drive more cost out of its business.

CIO for Australia and New Zealand Chris Locke told a recent webinar that the group is looking to build upon an earlier software-defined networking (SDN) deployment.

Flight Centre Travel Group engaged Comscentre to deploy Cisco SDN technology back in 2016, at the time the largest single sale of the technology to an Australian enterprise.

“Whilst we engaged with a large chunk of the SDN ethos, we probably didn't take it as far as we could’ve, but we're now going through that again,” Locke said.

“Rather than having software defined running over a private network let's just do it over the publics. That's a great cost saving opportunity.

“Networks have obviously come a long way in the past 36 months where we think that's really an achievable option now for most of our stores.”

Locke noted that Flight Centre’s early adoption of SDN had smoothed the company’s path to moving to remote work as the pandemic took effect.

“Certainly from our perspective, some of the technologies we're using to work from home now were enabled through [the SDN],” he said.

“It made that first couple of weeks of mad scramble a lot easier.”

Still, Locke foreshadowed the extra SDN work, along with greater usage of cloud and software-as-a-service in the future, saying the pandemic had dismantled internal barriers to adoption.

“Pre-Covid, we’d done some in situ refreshes of hardware and data centres. In some of our smaller markets,we've gone cloud fairly solidly,” he said.

“I think from a couple of different perspectives, one looking now obviously with the cost-based issues we've had, we’re looking to wherever we can drive cost out of our business.

“Leveraging the elasticity of cloud I believe we can do that, and do it better than we have done in the past.”

Locke said that the organisation would have otherwise struggled to enact significant change when it had 12,000 people in Australia and 23,000 globally.

“We're going to use [this period] as a change management window to do some rapid pivoting in a couple of spaces,” Locke said.

Locke said that Flight Centre Travel Group is yet to rationalise the large number of video collaboration tools in its environment.

“We still have significant opportunity to standardise the services,” he said.

“We duplicate service offerings and this call is a great example of it: WebEx, Teams, Zoom - you name it, we've had that flavour in our organisation.

“So for us it's been very much about how we standardise down to one or two where they make sense, and that's the opportunity we see.”

Locke also foreshadowed a future group that is much more focused on digital and online, rather than on physical stores.

He predicted a “significant change away from a standard bricks-and-mortar strategy as an organisation to a proper hybrid strategy.”

“You'll see a lot more push online from us,” he said.

“I don't think that's something we would have had the fortitude to do if it wasn't for Covid, so it's been interesting.”