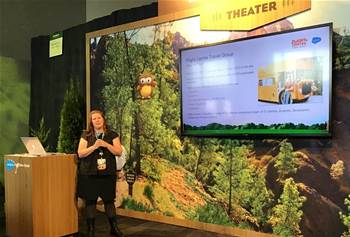 Travel sales group Flight Centre is transforming its “absolute Frankenstein” of a Salesforce environment, transitioning corporate users worldwide to a refreshed and simplified version that takes advantage of the newer Lightning interface.

“It actually started 11 years ago in New Zealand with just 30 users and two brands. Since then we’ve grown it substantially to now have eight brands across 18 countries,” Buckingham said.

Over the years, the corporate Salesforce org accumulated considerable technical debt as it was repeatedly customised for the requirements of different user types (“personas”) and geographies.

The group has different personas for account management, sales, marketing, leadership, operations - all of whom use the system in different ways.

“There’s quite a number of layers of complexity within our org that has built up over those 11 years such as over 320 profiles, over 370 roles, more than 200 account record types, over 1000 validations, 1000 workflows, and more than 350 sharing models,” Buckingham said.

“So we had built an absolute Frankenstein.”

Flight Centre operates an internal Salesforce centre of excellence and two years ago that group decided a major refresh was required to re-energise the company and ensure it continue to see value from its long-term investment in the SaaS platform.

“From that point forward we decided that Lightning was our future,” Buckingham said, referring to the newer of the two Salesforce UIs (the older version is now known as “classic”).

“But to achieve a successful transition of our very customised and complex org, we needed to put in place some core principles and these would be fundamental to the success of our transition”.

First, the company “drew a line in the sand” whereby all new projects involving the Salesforce platform had to be built in Lightning.

“It wasn’t without some challenges in the early days and some heated discussions, but without drawing that line in the sand we weren’t going to move forward into that new Lightning UI,” Buckingham said.

The second core principle was to resolve technical debt. The company hired a resource “whose sole purpose was to remove the layers of complexity that had built up. She has a job for life,” Buckingham commented.

“She has so far been able to remove 30 percent of our profiles, 120 VisualForce pages and more than 70 custom objects, reclaimed 100GB of storage and reduced our workflows and validations by 25 percent.”

That meant Flight Centre was not re-creating otherwise useless or outdated functions in the newer Lightning-based Salesforce implementation.

The third core principle of the project was to show the company’s business leaders the value of the move.

“We needed to show them that their eleven-year investment in this platform would be for nothing if we didn’t make the transition,” Buckingham said.

“So we worked with Salesforce to calculate the ROI which we based on increasing our user productivity, decreasing user ramp-up time and also the benefits of the Lightning dashboards and reports.”

Then, as Buckingham states, “we had to prove our theory”.

“We needed to show the business that our users would become more efficient and more engaged,” she said.

From pilot to deployment

The company identified a group of 80 account managers in Australia and piloted a rapidly-built prototype of the Lightning-enabled environment.

“We chose those account managers because they had a very low level of usage so we felt that by moving them into Lightning we could re-engage with them and increase their usage of the platform,” Buckingham said.

The pilot led to sign-off on the full project. “We were given approval to roll out Lightning to the remainder of the business,” Buckingham said.

Presently, Flight Centre is deploying Lightning in the EU region, where the rollout is about 70 percent complete.

“We started that in June, and then about a month ago we started the deployment in Australia and we are running those in tandem,” Buckingham said.

Deployment to all users within the corporate Salesforce org had initially been estimated to require nine months. However, Flight Centre has now given itself between 10 and 12 months, owing to extra time required to reduce technical debt and complexity as part of the project.

While Flight Centre remains firmly committed to Salesforce, it is treating the move from classic to Lightning UI as a “new product” internally, and is marketing it to users as such.