Flicking the switch on old systems 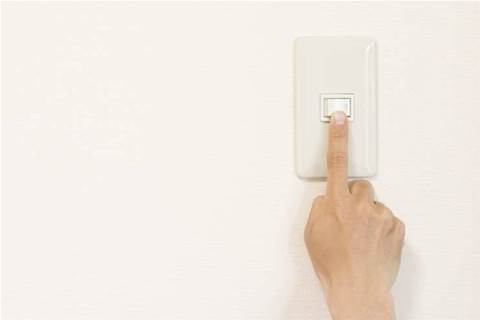 Opinion: The art of losing customers to gain happier ones.

That’s never more apparent than when dealing with legacy systems.

Answering this question seems to be pertinent at the moment:

"How many subscribers do I need on a given service to justify the cost of supporting the technology that underpins it?"

It's a common scenario for providers of banking, insurance and telecommunications services, or other service providers that offer slightly differentiated flavours of subscription services.

Your most loyal customers - sometimes busy, sometimes lazy and sometimes both - might choose not to update their savings or phone account for many years on end, even when far superior offers have come to market.

Over time, the particular service they subscribe to is used by fewer and fewer customers as laggards upgrade.

I'm certainly guilty of this – telcos have several times felt obliged to call to offer me a better deal than my ancient plan. In the past I’d simply assumed it was to ensure I won’t be tempted by better offers advertised by competing service providers, without considering the operational costs a service provider might be stuck with when I cling to a plan.

The service provider is more than likely trying to whittle down the number of users on an ageing system that is overdue for decommissioning.

At some stage down the line, an executive has to make the tough call to switch off support for devices (CPE, payment terminals etc) or the systems that support it.

Modifications to CRM or billing systems – sometimes coded for specific campaigns – may complicate future upgrades. And in some cases there simply aren’t enough customers on board to warrant an upgrade.

Knowing when it’s the right time to kill a service - and risk exposure to some very dissatisfied and otherwise loyal customers - is an art unto itself. All the industries I mentioned tend to err on the side of sweating an asset as long as possible, and to reward loyal customers wherever possible.

The straight-forward approach is to let the maths talk – once the profits derived from that service fall below the costs of supporting the technology, the numbers will back you to cut the strings.

A survey of subscribers to the service might help you gauge the potential for how loud a backlash you might expect and how many customers will walk.

But increasingly, executives are being asked to think more strategically, raising the temptation to move sooner.

NAB, for example, has taken a few gambles of late - consolidating in several areas under the assumption that the wider industry will gravitate to a market leader or industry standard.

I imagine it is somewhat harder to come across hard numbers to back such a decision. The bank is hedging on the long-term savings potential of supporting a single payment platform versus a handful or a single banking application versus 100.

There are external numbers which might support that decision. It was interesting to note that ANZ Bank's two-year simplification program in New Zealand, which to date has reduced product variations from 309 to 137, has already yielded a one percent fall in the bank's cost-to-income ratio. By our calculations that is somewhere in the order of $20 million in operational and technology savings.

So whether it’s an old phone plan or a merchant payment terminal, sometimes you just have to accept that a proportion of affected customers will choose not to upgrade and take their business elsewhere. Because the lower cost base that results should – in theory – lead to better value products across the board. And that might very well attract a greater volume of more satisfied customers.

Technology executives would no doubt prefer to be viewed as enablers, rather than swingers of the wrecking ball.

But there is no doubt that in today’s cost-conscious environment, the more courageous among them also need to have the courage to flick the off switch.

Do you have your own examples of how you approached similar scenarios? I'd love to hear from you.