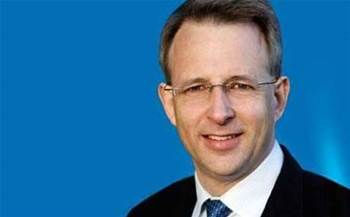 Communications Minister Paul Fletcher has further isolated the Australian Competition and Consumer Commission on its view that Australia’s telco market would be better with TPG as a fourth mobile operator, saying he “never thought” that would work.

The Federal Court on Thursday ruled a $15 billion merger of Vodafone and TPG could proceed, quashing the ACCC’s grounds for opposing the deal.

The ACCC believed TPG would restart a bid to launch itself as a fourth mobile network operator in its own right if the merger with Vodafone did not proceed.

The commission maintained that having more - not fewer - mobile networks was better for competition, a view dismissed by the court and criticised by Vodafone.

The question now is whether the ACCC decides to appeal the court’s ruling.

The commission left all options open in a short statement following the judgment.

But it's now emerged that the ACCC’s position is at odds with even the government on the issue.

“Today’s outcome clears the way for a stronger third player in the mobile market - which in my view is likely to bring greater competition in the market, in turn delivering benefits to consumers,” Fletcher said.

“I have never thought the prospect of a fourth entrant establishing a sustainable business was very great, given the history of the Australian mobile market, with One.Tel in the late nineties and Hutchison some years later both failing to sustain themselves as fourth entrants in the market.”

Vodafone CEO Iñaki Berroeta hoped the ACCC would decide not to press on.

“We’re not doing anything yet as a merged [Vodafone-TPG] company until this thing is fully approved, so we have to wait for the ACCC for their hypothetical appeal,” Berroeta said.

“We hope that the ACCC doesn't do this, but this is not under our control.”

Berroeta said the case and lingering uncertainty of the merger, combined with Vodafone needing to switch equipment providers due to the Huawei ban, had taken its toll on the telco already.

“You also need to remember that at the same time that we were prevented from merging, there was the ban on using Huawei [in 5G networks], which is really important, andI think that many times it has been underestimated.

“With these two things, what I think is that they have really given [our] competitors the opportunity to get away from our pressure.

“[But] between our rollout team … and the capacity that the technology team in TPG have, we have good opportunities to catch up and pass them and that's really what matters.”

Berroeta said that the merger would create a powerful third 4G/5G player with enough resources and coverage to potentially lure customers away from Telstra and Optus.

However, S&P Global Ratings said in an advisory note that incumbents in the mobile space - specifically Telstra - could benefit from the smaller number of operators, putting some weight in the ACCC's perspective.

“In our opinion, Vodafone's merger with TPG reduces the risk of a flare-up of price competition and increased capital expenditure associated with a fourth mobile network operator aggressively entering the market,” S&P said.

“In recent years, the Australian mobile market has become susceptible to periodic bouts of intense competition.

“We assess Telstra's competitors to have less balance-sheet capacity and a greater incentive to generate cash compared with past periods.”