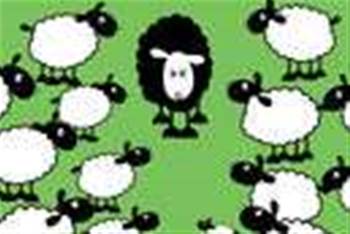 Zscaler has launched a free Firefox add-on called 'BlackSheep' which is designed to fight the Firesheep tool which emerged last month.

Firesheep was created in October 2010 and was made public by developer Eric Butler at the Toorcon security conference. The tool was designed to exploit weak transaction security on social network applications, such as Facebook and Twitter, and was downloaded over 100,000 times in the first 24 hours following its launch.

“While session hijacking is not a new form of attack, Firesheep has garnered considerable attention due to the fact that it makes session hijacking exponentially easier and can bring this capability to the masses,” said Michael Sutton, vice president of security research at Zscaler.

BlackSheep helps fend off hackers by displaying a warning when Firesheep is detected. Zscaler has recommended users logout of the social service they are using as soon as an alert is raised and stop using the network.

“BlackSheep leverages much of the Firesheep code, but the twist is that rather than being used to hijack sessions, it instead detects when a session is being hijacked and alerts the user,” explained Julien Sobrier, senior researcher at Zscaler Labs and developer of the new BlackSheep plugin.

"We essentially used Firesheep against itself to combat the threat it poses."

Got a news tip for our journalists? Share it with us anonymously here.
Copyright © ITPro, Dennis Publishing
Tags:
blacksheepfirefox addonfiresheepkillersecuritysocial networking securityzscaler