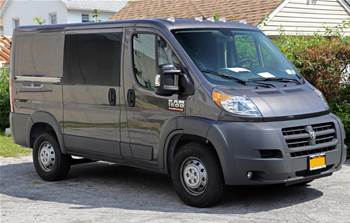 Linked to fatality and injuries.

Fiat Chrysler will recall more than 1.25 million trucks worldwide to address a software error linked to reports of one crash death and two injuries.

The erroneous code could temporarily disable the side air bag and deployment seat of belt pretensioners - which reduce seat belt slack during impacts - during a vehicle rollover spurred by a significant underbody impact, such as striking onroad debris or driving off-road, the automaker said.

The company will re-program modules in the affected vehicles to address this error.

An FC spokesman said the likelihood of an incident was very low because a sequence of events was needed to cause an incident.

There is no definitive proof the error was involved in two accidents, one of which resulted in a fatality, but the automaker was conducting the recall proactively, he said.

The spokesman declined to say whether the code was produced inhouse or by a supplier, saying "we do not discuss supplier relationships."

Fiat Chrysler said the recall would start late in June.

If the error code appears in an affected vehicle during operation, the problem could temporarily be addressed by turning the vehicle off and then on, the company said.

The automaker told the US National Highway Traffic Safety Administration (NHTSA) it began investigating the issue in December after it received notice of a suit involving a 2014 Ram 1500, in which the airbag failed to deploy during a rollover crash.

A growing number of auto recalls have been sparked by software issues as more vehicle functions are controlled by computers.

In September, General Motors recalled nearly 4.3 million vehicles worldwide due to a similar software defect that can prevent air bags from deploying during a crash, a flaw already linked to one death and three injuries.

Fiat Chrysler has been working to move faster to address vehicle issues after being fined twice in 2015 by the NHTSA.

In December 2015, the company was fined US$70 million for failing to report vehicle crash deaths and injuries since 2003.

It agreed to a three-year consent agreement and monitoring.