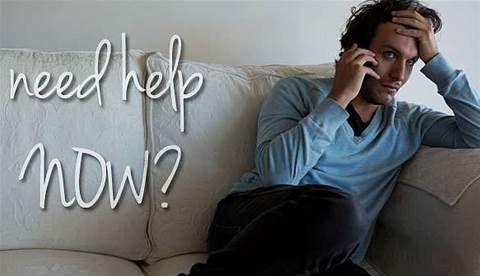 The mindhealthconnect site, run by the National Health Call Centre Network (NHCCN), was launched this month with a total of $3.2 million in funding to be spent over the next 12 months.

A NHCCN spokeswoman said it had conducted usability tests, such as using Tobii eye tracker, to understand and ensure that the way information is presented is acceptable for all types of users.

She said the site would comply with the WC3 WCAG 2.0 level A standard by December, in accordance with the Federal Government's Web Accessibility National Transition Strategy.

The checker noted issues in the readability of mindhealthconnect text content, producing a 29-page list of errors for its home page alone.

Among fixes proposed by the checking device was making explicit the language attribute and setting a valid ISO-639-1 two letter language code to the opening HTML element.

HTML validation errors included a lack of alternative text for non-text content such as images. Also where there was alternative text, it did not convey the same information as the image.

Such alternative text is particularly useful to screen readers used by the visually impaired. In 2010, a blind woman sued the Canadian Government for discrimination after she was unable to apply for a job on its website.

NHCCN's spokeswoman said compliance with WCAG 2.0 guidelines were a mandatory requirement for developers working on the mindhealthconnect site.

“This was included in its initial RFP to vendors for the site development and is in the contract with the developers to ensure these criteria are met," she said.

She said the new site would comply with the Government's web standards requirement and that some adjustments were in progress.

“NHCCN welcomes all feedback and will schedule required amendments into its weekly operational release schedule," she said.

"A number of the items identified are already in progress for the update scheduled for next week."

Updated 13/7, 2.27PM: The site has been updated to comply with the requirements of the W3C WCAG 2.0 level A standard and a Health spokeswoman said it was on track to meet the higher AA standard by December 2012.